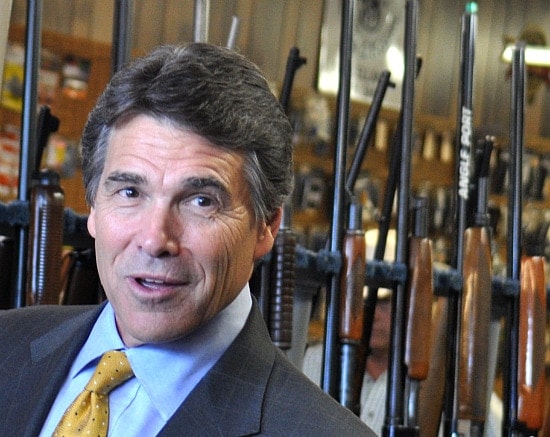 In a continuing effort to entice businesses and gun companies to move to Texas, Gov. Rick Perry announced plans for the state to pump $300,000 into Maverick Arms, Inc. since the company pulled the trigger on expanding its facilities in Eagle Pass.

The investment comes from the Texas Enterprise Fund, money set aside specifically for investing in new and developing business. With the TEF, the state aims to ensure companies provide a minimum number of jobs to Texas and reach certain financial goals.

“This TEF investment in Maverick Arms will help create jobs and opportunity in Eagle Pass, while reaffirming Texas’ longstanding support of the Second Amendment,” Perry said.

Maverick is a subsidiary of Mossberg Corp, and like its parent company, primarily makes shotguns. The Eagle Pass facility assembles and distributes firearms for the Mossberg, Maverick and Mossberg International brands. This expansion will consolidate barrel production to the Eagle Pass facility.

“A significant amount of our manufacturing has been done in our Eagle Pass factory since 1989,” Mossberg CEO Iver Mossberg said. “This new expansion will allow us to take full advantage of the outstanding work ethic of our long time Eagle Pass employees and help us meet an ever growing demand for Mossberg rifles and shotguns.”

During his term as governor, Perry has made an effort bringing new business to Texas with low tax rates, loose regulations and, of course, the TEF. In early 2013, he showed an extra special interest in bringing gun companies home.