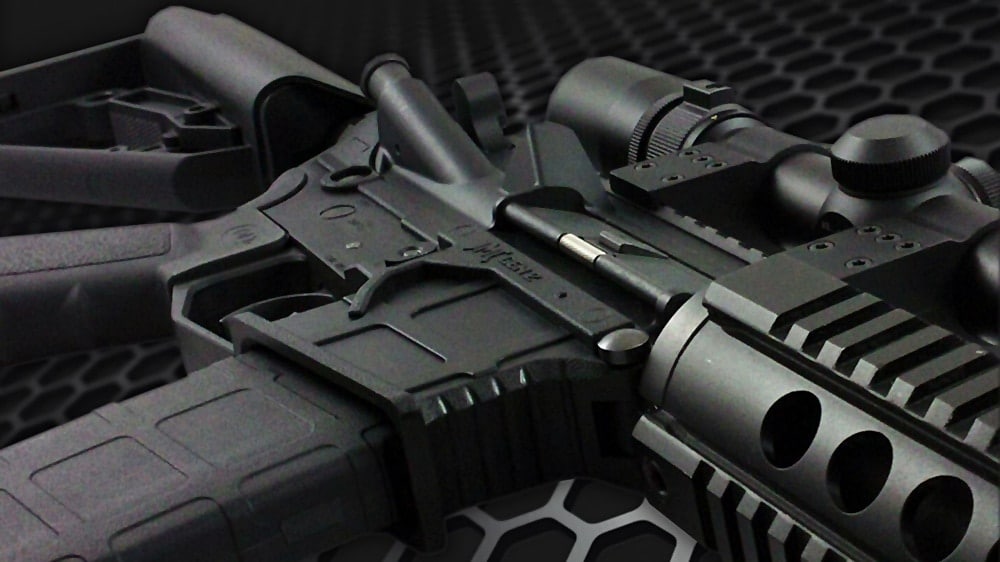 James Madison Tactical is announcing a new, improved version of its 80 percent polymer lowers. The beefy lowers are not complete firearms and may be transferred without an FFL, but some drilling is required to turn them into AR-15 receivers.

To make that simple and easy JMT includes a free jig to aid users complete the receivers. Because of their fiber-reinforced composite construction, these lowers are easier to machine than aluminum 80 percent receivers and a little more forgiving.

The second generation JMT lowers offer a handful of improvements over the original design. According to JMT, the changes aren’t to shore up any shortcomings, rather, they’re to stay ahead of the competition as the polymer AR-15 lower game intensifies.

One of the major changes is a new stylized magwell. Designed to match the lines of PMags, the front half of the receiver is lined to match Magpul magazines. The JMT logo has been shrunk down and moved to the reinforcing arms along the top of the receiver. The lowers are still multi-caliber marked and the safety selector read “fire” and “safe.” 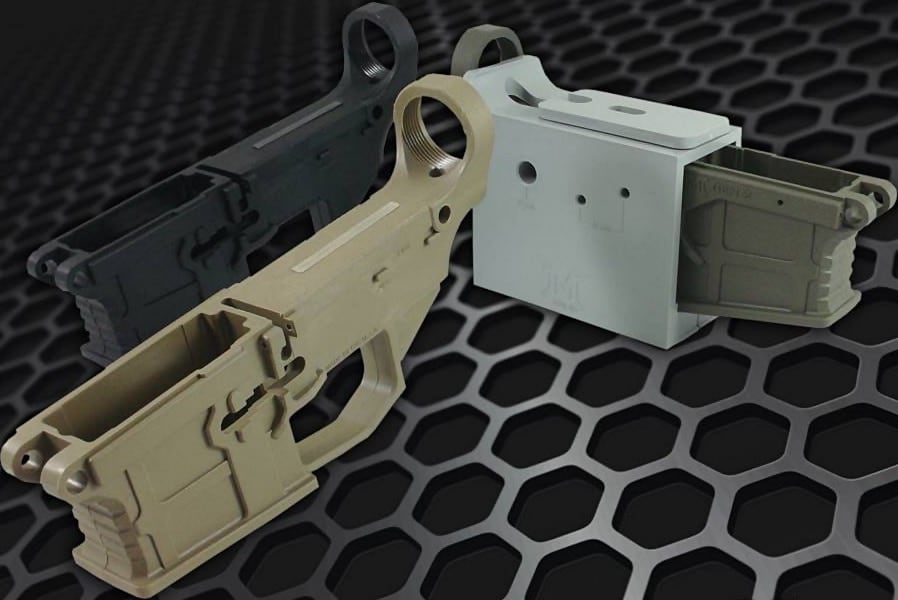 The reinforcing arms now run the full length of the receiver, from the magwell to the buffer tower extension. The receiver is overbuilt where older polymer lowers have historically failed, including around the front takedown pin holes. A lot of what makes a lower hold up is the composition of the polymer, but these chunky reinforcements inspire a lot of confidence and may convert some non-believers.

The buffer tower is similarly overbuilt and the grip extension has a threaded brass insert to prevent stripping when installing or swapping pistol grips. The left side of the magazine well as well as the bolt release pin posts have also been extended. JMT lowers were already of the most overbuilt polymer receivers on the market and now they’re even more so.

JMT 80 percent lowers are available in three colors: black, olive drab and flat dark earth. Like most 80 percent lowers, they command a price premium but they’re still very competitive at $99, which includes the jig, which alone can cost nearly as much so this has a lot of value for an 80 percent receiver.

In the past JMT has stated that it eventually want to set up shop as an FFL to start shipping complete lowers for people who don’t have the tools or experience to complete an 80 percent receiver. If that’s still the case than the announcement of these Gen 2 lowers could be a sign that the company is closing in on a final design that’s ready for a wider audience.

If you’re looking for a premium 80 percent lower that can be shipped to your door along with the jig necessary to complete it, a lower that won’t need anodizing or any other finishing treatment or just want to try out one of the latest polymer AR-15 lowers for your next built check out what James Madison Tactical has to offer. 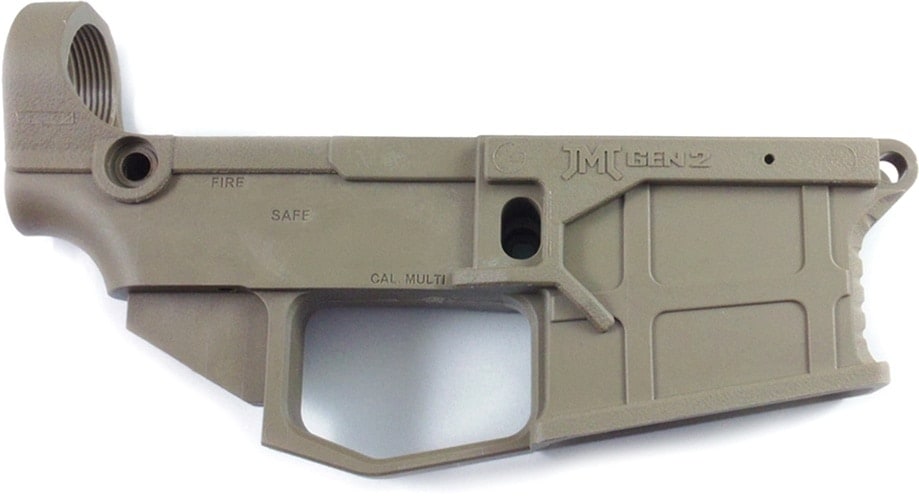 For more pretty pictures and all JMT-related news and updates head over to the company Facebook page.