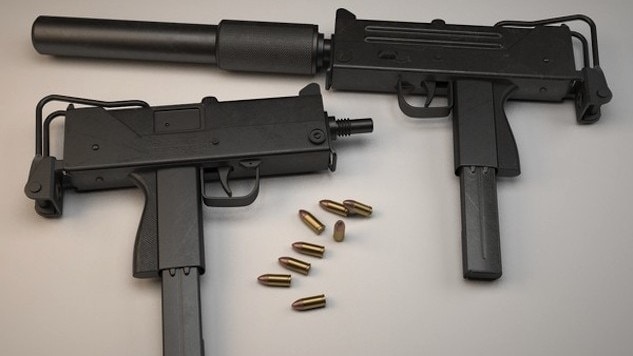 The “high powered semi-automatic rifle” discovered near the college campus turned to be a MAC-10 submachine gun.

Chicago police recently discovered what local media outlets are describing as a “sniper nest” near Kennedy King College on the south side of the city, but the alleged “high-powered semi-automatic rifle” they found was in fact a MAC-10 submachine gun.

“I’m not sure why they are calling it a sniper’s nest, it was a machine gun, not a rifle,” Chicago Police Department spokesman Officer Mike Sullivan told The Blaze and advised that media members learn the difference between a high-powered rifle and a MAC-10. “They are very different.”

Police said the fully loaded MAC-10 was located on top of a garage across from the campus soccer field. Authorities investigated the surrounding area but Sullivan says they “don’t have any suspects, really don’t have any other details as of now.”

As per regulation, the City Colleges of Chicago released a statement following the incident.

“We are legally required to send out an alert to our students and staff when we become aware of an incident in proximity to the campus. This incident did not take place on campus and all inquiries should go through CPD. It is the assessment of the CCC Safety and Security Office that there was no threat to the campus.”