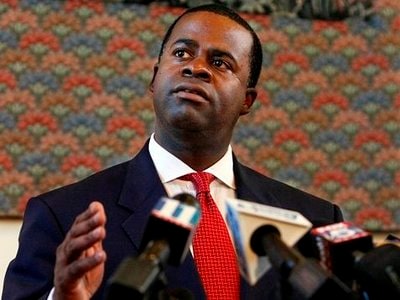 “The proliferation of guns in this country poses a serious threat to public safety. The city is taking common-sense measures to secure our buildings and keep our citizens safe,” Reed said in a news release late Tuesday.

This comes in response to a controversial new law, formerly known as HB60, which went into effect on July 1, expanding protections under Georgia law to concealed carry permit holders.

Signed by Gov. Nathan Deal in April, the measure had been nicknamed by some the “guns everywhere” bill since it allowed carry in churches, airports, bars and government buildings that did not formally restrict them.

The measures instituted Tuesday by the mayor include staffing Atlanta’s city-run recreation centers with security officers and controlled entry points to prevent firearms from entering buildings. Reed was adamant that these would include the firearms of concealed carry holders.

“With the exception of certain public safety officials and employees, there is no place for firearms in a city facility,” Reed said.

“Every City of Atlanta government facility that screens the entrance into the facility with security personnel will continue to prohibit firearms. Furthermore, City of Atlanta employees have all been notified that the new state law does not authorize them to carry firearms while on duty or store weapons in personal vehicles that are parked in secured employee parking lots,” he added.

The move is the latest in a series of public rebuffs against the new law that included efforts by the mayor of Norcross to reclassify that town’s city hall as a courthouse to bar admittance to concealed carry holders. In a similar gesture, both Episcopal and Catholic bishops in the state have recently issued decrees banning the practice in their respective places of worship.

This last minute scramble to increase security is puzzling to gun-rights advocates in the state.

“It is nice to know that Mayor Reed and other city officials — who have done absolutely nothing in the past to keep criminals out of these non-secure government entities — now want to keep out law-abiding citizens,” explained Jerry Henry, president of Georgia Carry to Guns.com Tuesday.

“With the passage of HB60 which allows law-abiding citizens who are over 21 and have subjected themselves to the licensing guidelines of the state which include FBI, GBI, and mental health background checks, the mayor feels the need to secure these buildings and keep these law-abiding citizens from entering the building with a firearm,” Henry said

The increased cost of adding security to buildings that has never had it before likewise draws questions.

“Funny how no one thought of keeping criminals out of non-secure buildings until forced to allow law-abiding citizens enter the previously non secure buildings,” Henry added. “I’m sure the taxpayers of Atlanta will be extremely happy to pay the bill for this security at the cost of a tax increase. The tax increases are only the beginning as the cost will continue to rise in the future.”

Reed’s press release announced that the increased security measures would be effective immediately.