Dashcam footage has been released of two bystanders who rushed to the aid of a police officer as he struggled to apprehend a “dangerous criminal” Saturday in Franklin, Ohio.

Franklin Police Officer Christopher Keene stopped burglary suspect, 41-year-old Charles Cole, and as the two were talking, Cole took off running. Keene gave chase and when he caught up, the fight was on, Dayton Daily News reports. 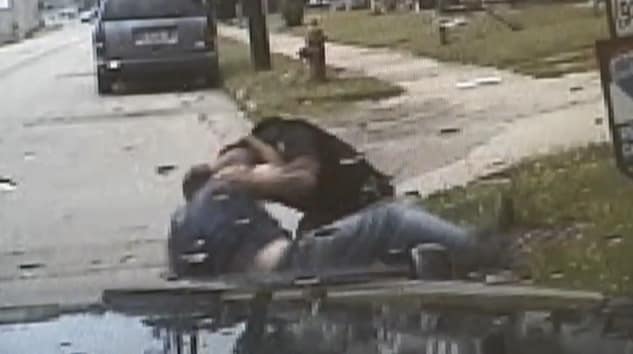 “Male turns to run, Officer Keene goes to give chase, the male turns around, where he punches Officer Keene in the face twice,” Lt. Brian Pacifico said while describing the event. “Male jumps on top of Officer Keene and fight went from there. They rolled around for a minute.”

As Keene fought to restrain Cole, two bystanders came to lend a hand. Benjamin Lawson, 33, and Levi Miniard, 19, helped pin the suspect to the ground so Keene could place him under arrest.

“Mr. Cole was on top of Officer Keene,” Miniard said. “It looked like he was hitting him pretty hard because he had a cut on the side of his face. His lips were blue from how many times he had been punched. It was crazy.”

Miniard said he was happy to help, and preferred stepping in instead of standing by and doing nothing.

“It feels good but I just feel like it’s not even that he was an officer, it’s just if you see anyone in the streets getting hurt you should try to help and not just stand there and record stuff on your phone,” Miniard added. 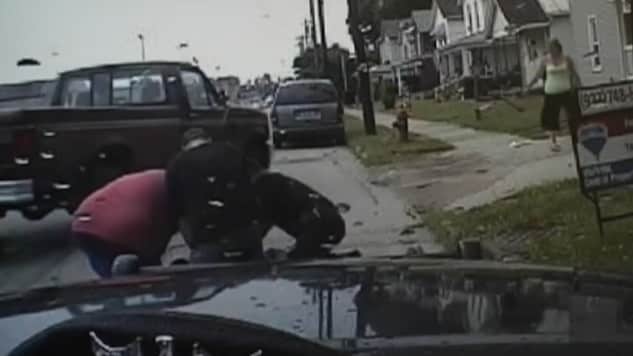 Moments after the fight erupted, two passersby stopped to lend a hand.

Keene suffered minor injuries during the altercation, including a laceration on his head, a black eye and a strained neck. He was transported to Sycamore Hospital where he was treated for his wounds and later released.

Cole was transported to Atrium Medical Center in Middletown to be treated for his injuries. Once released, he will be booked into Warren County Jail on charges of burglary, assault on a police officer and obstructing official business.