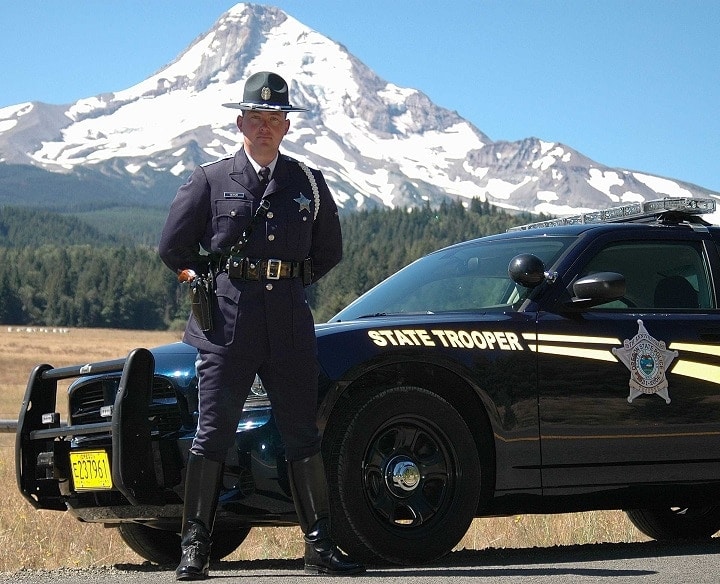 Some would-be gun buyers in Oregon are finding themselves face to face with state troopers following denials. (Photo credit: Oregon.gov)

State police penned a letter to gun dealers across the state on June 18 advising them of the policy.

“This revision will include enforcement action involving persons attempting an unlawful firearms transfer through a licensed firearm dealer, during a voluntary party check, or a background check at a gun show,” the letter reads.

As detailed in an OPS training bulletin on the subject, in the event of a denial by the state’s Firearm Instant Check System, state troopers would be dispatched from patrol to the dealer’s location to investigate.

In the investigation, troopers will be required to determine the “suspect’s culpable mental state” and instructs personnel that, to assess if a crime has been committed, they have to prove the suspect “knowingly” was aware they were not qualified for a firearms transaction.

According to Northwest Public Radio, the change in policy came from Gov. John Kitzhaber’s office following a call from Republican state Sen. Ted Ferrioli for the state police to enforce existing state laws that make it a misdemeanor crime for prohibited persons, such as felons, to attempt to obtain a firearm.

However, its not just felons that are being caught up in the OSP dragnet.

The Oregon Firearms Federation, a state gun rights group, contends that at least two would-be gun buyers soon found themselves answering questions from state troopers in the past month. In one of these cases, contends OFF, the trooper arrived at the gun dealer and spoke to the buyer in the parking lot. In the second, state police visited the denied buyer, who was also a concealed carry permit holder, at his home.

Neither case resulted in an arrest.

“The Oregon State Police have become pawns in the political games being played by the anti-freedom legislators in Oregon,” said Kevin Starrett, OFF’s executive director to Guns.com Tuesday.

Starrett argues that already overstretched state law enforcement officers are being squandered due to the change in policy.

“Scarce resources are being misused as part of an anti-gun agenda,” Starrett said. “The State Police won’t even say how many people they are arresting or harassing as a result of this policy and we have reliable information that the line officers being dragged off of patrol to ‘start investigations’ of gun buyers are not happy about the policy.”

“This is another example of Oregon’s complete inability to manage resources without massive waste,” he added.