Hundreds of protestors gathered outside the Salt Lake City Police Department Saturday and demanded justice for the fatal officer-involved shooting of a man’s dog last month.

The Salt Lake City Police Department was searching for a missing boy on June 18 when Officer Brett Olsen checked Sean Kendall’s fenced-in back yard. Kendall’s dog Geist, a 110-pound Weimaraner, was loose in the back yard and approached the officer in an “aggressive manner.” That’s when Olsen opened fire, Fox News reports. 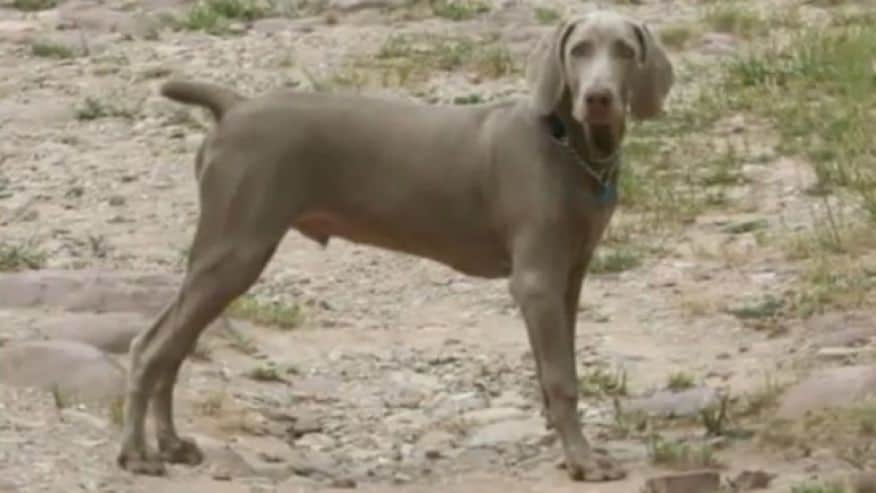 Geist was in a private, fenced-in back yard when he was shot by an officer searching for a missing child.

Kendall says Officer Olsen made a poor judgment call and should be held accountable for his actions.

A Facebook page called “Justice for Geist” also asks for Olsen to be “held accountable for the inappropriate use of power and for the Salt Lake City Police Department to re-train officers on how to interact with dogs.” The page already has more than 50,000 likes.

Protestors showed their support and came to the rally armed with signs that read: “Shoo not Shoot,” and “Man’s best friend should not be gunned down.”

“It’s overwhelming, the support of the community,” Kendall said. “that makes the loss of my best friend a little bit easier to deal with.”

But Salt Lake City Police Chief Chris Burbank said Olsen had no choice but to shoot Geist, adding he was disappointed by the negative public response to the incident.

“In this particular circumstance, evidence shows that the dog was extremely close, in fact, within feet of the officer,” Burbank said. “After 23 years in law enforcement, I haven’t seen this type of public outcry when certain human beings have lost their lives.”

The lost child was later found sleeping in his home.