A Pennsylvania woman armed with a pellet gun stopped a home intruder in his tracks Sunday night.

Sandra Norris returned to her Sunbury home to find a burglar heading towards the door with her 50-inch TV in hand. Norris grabbed a pellet gun she kept in a drawer and shot the man once in the leg, Daily Item reports.

“I walked in and saw him holding my 50-inch flat screen TV and I told him he was going to have one chance to get out and I fired a warning shot,” Norris said. “He didn’t listen so I shot him in the leg.” 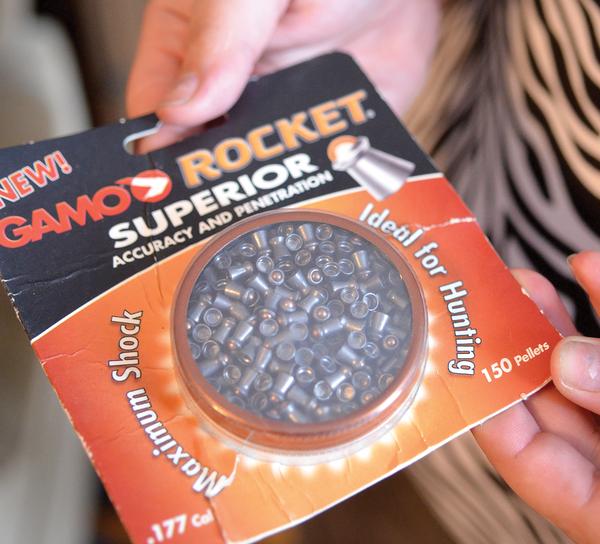 Sandra Norris says she shot the home intruder with this type of “exploding” pellet.

The suspect dropped the TV and ran out the back door to a nearby alley, leaving a trail of blood behind him.

Norris says the pellet gun is a .22-caliber Airsoft gun with “exploding capsules” and is sometimes used to hunt small game.

The suspect remains at large, but Norris says when the police eventually catch him, she’ll be happy positively identify him.

“When they catch him, and I know they will, I will be able to pick him out of a lineup easily,” Norris said.