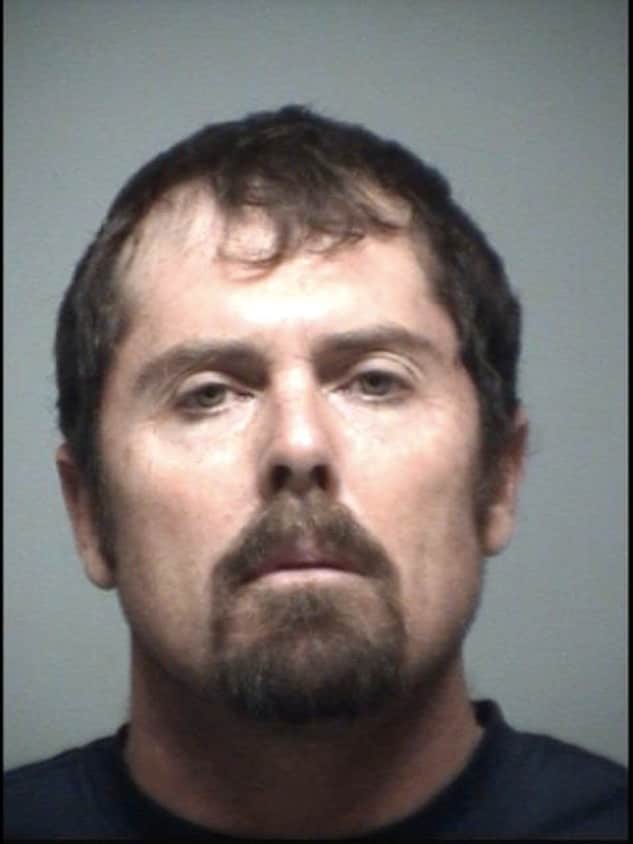 Artie Lambert was Tased by police after he threatened his wife with a machete.

A Florida deputy Tased a man who was threatening his wife with a machete, among other things, Tuesday.

After Artie Lambert, 44, tried to cut his son-in-law with a knife, he went into the garage, armed himself with a handgun, and repeatedly banged his head against the wall. He also threatened to “shoot the cops” if they were called, Daily Commercial reports.

When the Lake County deputy arrived, Lambert was “swinging a machete at his wife as she was trying to stop him from fleeing the residence.”

The deputy, who was armed with a rifle, drew down on Lambert and ordered him to drop the weapon. Lambert complied, but then reached into a nearby toolbox. The deputy said Lambert “made aggressive movements” towards him, and that’s when he drew and fired his Taser.

Lambert was arrested and continued threatening the deputy, saying he would “find him” once he got out of jail.

He was booked into the Lake County Jail and charged with two counts of aggravated assault with a deadly weapon and assault on a law enforcement officer.