Family of teen robbery suspect fatally shot by store owner: 'He was a good kid' (VIDEO) 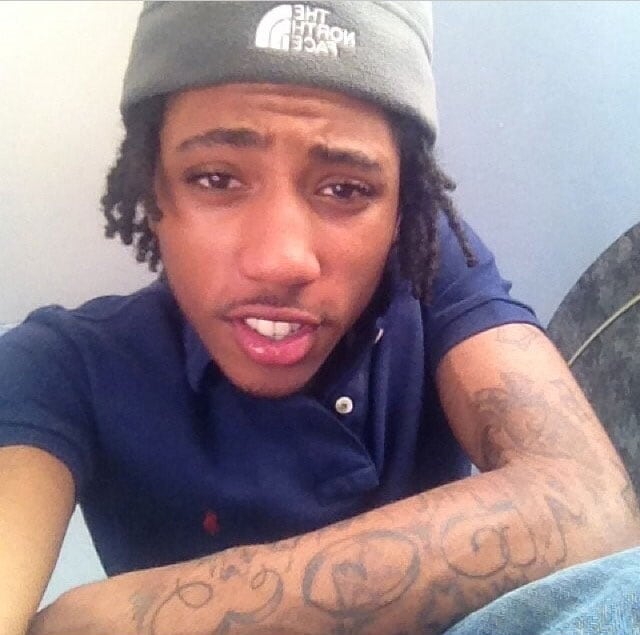 Isiah Haggins’ family said he loved music and would often invite friends over to a studio he had set up at his grandmother’s house. (Photo credit: WHIO)

The family of a teen who was fatally shot by a Dayton clothing store owner this week during an attempted robbery is speaking out, expressing their frustration and seeking answers surrounding the teen’s death, local media reports.

Sixteen-year-old Isiah Haggins Jr. entered Step-N-Style Monday morning with another teen, intending to rob the place. One of the teens brandished a gun, but the owner was armed as well and shot Haggins.

Haggins was pronounced dead at the scene and the second teen, who has yet to be identified, is still at large.

The family has not been allowed to see the Haggins’ body. However, the coroner confirmed on Wednesday that his death was ruled a homicide and that he died from injuries sustained from multiple gunshot wounds.

The teen’s distraught family says authorities have provided them with no answers and very little information.

“I want answers,” said Isiah Haggins Sr., the teen’s father. “And I want the truth.”

The incident was captured on the store’s video surveillance system but that video has not yet been released. Nonetheless, the family wants to see the footage.

Kay Haggins, the teen’s grandmother, wants proof that he posed a threat sufficient enough for the store owner to use deadly force.

“I want to know what happened, where he was shot,” she said. “Was it self-defense? Because it’s their word and he’s not here to speak for himself. We don’t know. We are just going by what (the store owner) said. I just want to know how my grandchild died.”

According to the teen’s father, he had average problems experienced by most teens, but armed robbery was just not something in his nature. The family believes that the teen was pressured into participating in the robbery.

“It’s tiring, I want to know something,” he said. “We don’t know if he was hit from the front, the back, what. We don’t know anything they’re not saying anything.”

Brooks also stated that the lack of communication from authorities has hindered the family’s ability to make funeral arrangements.

“What is it closed casket, open casket, we don’t know,” Brooks said. “We’re talking about parents, they’re in limbo just sitting here. They’re not letting them see him period.”

Brooks, like Haggins’ father, believes that participating in an armed robbery was out of the ordinary for the teen.

“He wasn’t a villain. He was a good kid and kids have problems,” Brooks said.

Dayton police Sgt. Paul Saunders said the city has seen a dramatic increase in crimes involving juveniles and an increase in those crimes – and kids – involving guns.

“(Haggins) is an example of someone who has gone down the wrong path, made some horrible decision and it’s had a horrible result,” Saunders said.

The incident remains under investigation and at this point the store owner is not facing any charges.

Although he was able to thwart the attempted robbery this time, the store owner confirmed that he will be hiring armed security guards.