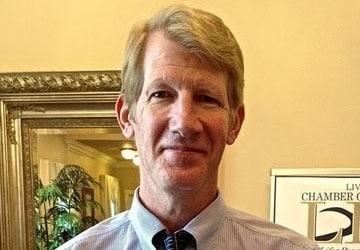 The highest court in Louisiana Tuesday stood by a state law that bars convicted felons from firearm possession in a challenge based on gun rights.

At question was the wording of 2012 amendment to the state constitution regarding the right of each citizen to keep and bear arms and how it was interpreted as applying to felons.

The ambiguity of the law led three felons who were later charged with weapons violations to appeal their cases under the new amendment, forcing the justices to clarify split rulings from lower courts.

“We find no merit in the as applied challenges asserted by these defendants,” wrote Louisiana Supreme Court Associate Justice Jefferson Hughes III in a unanimous 17-page ruling from the court. “Our law proscribing the possession of firearms by convicted felons is not affected by the amendment and withstands a strict scrutiny analysis.”

Two of the defendants, Jamal C. Taylor and Kelin A. Stevens, had earlier appealed convictions on seven charges of possession of a firearm by a convicted felon following a related second-degree murder indictment.

In their case, a lower district court had quashed the weapons charges, citing Louisiana’s 2012 constitutional amendment as precluding the state’s laws on felon gun possession.

The third defendant, Christopher Eberhardt, likewise was challenging his weapons charges following a conviction on cyberstalking and theft. However, unlike the case of Taylor and Stevens, Eberhardt’s weapon charge was not dropped in his district court case.

This split and conflicting judgment on the three felons from two different courts led to the consolidation of their respective cases and the state Supreme Court’s decision this week. The higher court overturned the ruling in the case of Stevens and Taylor, while upholding Eberhardt’s.

“Common sense and the public safety allow no other result,” Hughes wrote.

The court took careful note that all three defendants in the appeal quickly found themselves in trouble with the law after being released from prison. “These cases demonstrate that convicted felons are not only at risk to reoffend, but are at risk to reoffend using firearms,” wrote the court.

Prosecutors in the state took the court’s ruling as a victory for the legal process.

“There’s no question about it that the existence of illegal weapons on the streets of New Orleans exacerbates the violent crime problem that we’re experiencing,” Christopher Bowman, representative for Orleans Parish District Attorney Leon Cannizzaro told The Advocate. Bowman called the court’s latest ruling “a good decision that’s good for the citizens.”