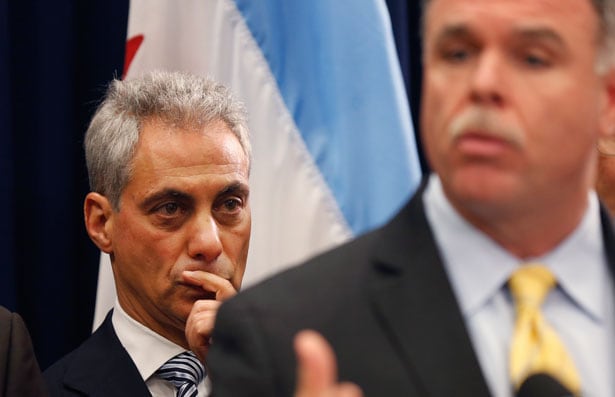 As a follow up to the defeat in the courts of the city’s ban on gun stores earlier this year, Chicago has now been billed with nearly $1 million in legal fees from gun rights attorneys.

The bill came from the case of Illinois Association of Firearms Retailers v Chicago, which was decided in January by Federal Judge Edmond E. Chang, who deemed that the long-standing ban on gun sales in Chicago was in violation of the Second Amendment.

Thursday Chang endorsed $940,000 in attorneys’ fees and costs incurred by the gun rights group as being “reasonable.”

“Bans on gun shops and ranges will prove to be expensive propositions for municipalities,” said Illinois State Rifle Association executive director Richard Pearson in a release Saturday. “Gun control groups ride into town and bully public officials into passing unconstitutional ordinances then quickly leave town before the legal trouble begins. When the smoke clears, the municipality is left footing the bill and the gun controllers are nowhere to be seen.”

The nearly $1 million payout is being accepted as a comparative bargain by city officials who had fought against a much higher initial requested amount.

This action comes just days after the Chicago City Council approved a strict new ordinance to govern future gun shops in the city. Among restrictions implemented by the Windy City are requirements that mandate filming all firearms transfers, fees of up to $3,800 per location, regular record inspections by law enforcement, and harsh zoning guidelines that put an estimated 99.5 percent of the city off limits.

This is not the first time the city has had to break out its checkbook following a defeat in court over in gun rights cases. In 2012, the National Rifle Association recovered nearly $1.4 million in legal fees due to its efforts in McDonald v. City of Chicago and others.

Besides the nearly seven-figure invoice looming over the city, one of the firms on the Chicago case, Cooper & Kirk, is also seeking some $618,000 in fees from the state of Illinois resulting from the case of Shepard v. Madigan. That 2012 ruling by the United States Court of Appeals for the Seventh Circuit, which found that Illinois’s ban on concealed carry was unconstitutional, in turn led to legislation to issue permits in Land of Lincoln.