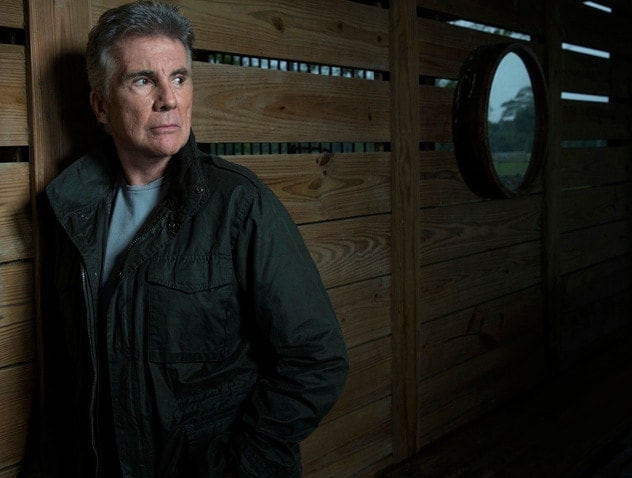 John Walsh staring at something inside of a barn. (Photo credit: CNN)

While discussing his new CNN show at a recent press luncheon in New York, iconic crime show host John Walsh positioned himself as an opponent of the Tea Party and National Rifle Association all while throwing support behind universal background checks, The Wrap reports.

“I am the guy that has seen both sides of the issue. I own guns. I’m the father of a murdered child. I’ve done nothing but track violence in America since my son was murdered,” Walsh said. “We have a serious problem with guns in this country. And we refuse to address it. And the NRA’s solution to arm every grammar-school 80-year-old teacher with a gun is absolutely ludicrous.”

He continued his tirade against the NRA and its recent blocking of nearly all gun control measures at the federal level, especially background checks.

Walsh identified the problem with the NRA is that “they’re not a lobbyist on Capitol Hill, they’re a gun manufacturer rep,” and added that Vice President Biden agreed with him that politicians are “scared shitless” of the NRA.

“I said to Joe Biden, ’90 percent of Americans are for a responsible background check for a gun, and you know what this Congress has done? Not voted on it, not brought it to the floor, not introduced a bill,’” Walsh said. “I said, ‘They’re all scared shitless of the NRA, aren’t they?’”

Walsh said the vice president replied, “John, every one of them. Because the NRA will run a tea bagger against you. … They’ll put 5 million bucks against you.”

“I’m a gun owner. I’ve hunted all my life. I hunt quail on my own ranch,” he told reporters. “And I am the biggest advocate for background checks of any gun owner in America.”

Walsh’s new show, “The Hunt,” which will be similar to “America’s Most Wanted” in that it’s about catching fugitives, premieres Sunday, July 13 at 9 p.m.