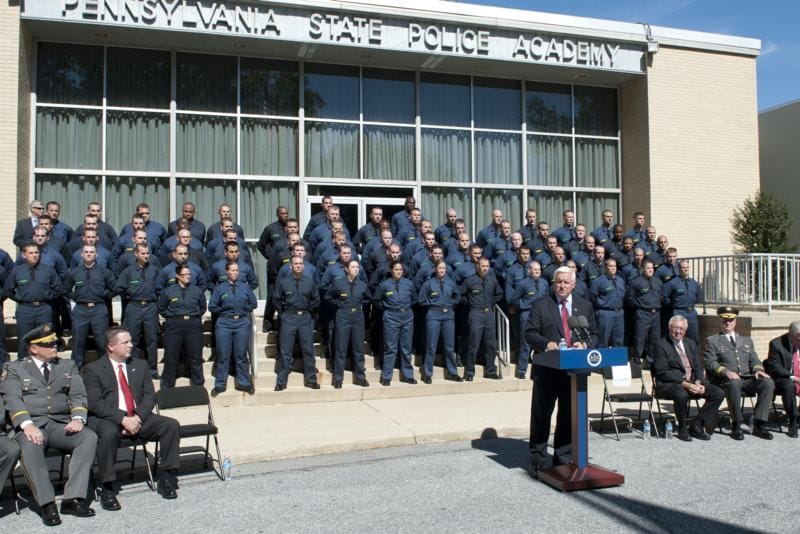 The Pennsylvania State Police Academy will be the first to train with their new P227 .45 ACP pistols. (Photo credit: PCAST)

“For decades, the classic series handguns have been a dependable partner to tens of thousands of law enforcement officers,” said Tom Jankiewicz, director of law enforcement sales for SIG. “The P227 continues that legacy with its combination of greater capacity and larger caliber.”

The contract with the Pennsylvania State Police, or PSP, is fairly large, calling for more than 5,000 handguns to be delivered before the end of 2014. The PSP has just over 4,700 troopers and operates out of its Harrisburg headquarters. The PSP considered a handful of .45 ACP options before deciding on the P227.

Announced at the 2013 Shooting Hunting Outdoor Trade Show, the P227 combines the .45-caliber barrel and slide assembly of the P220 and a modified double-stack frame based on the P226. The grip portion of the frame was enlarged compared to the P226 to accommodate the larger ammo and magazines. 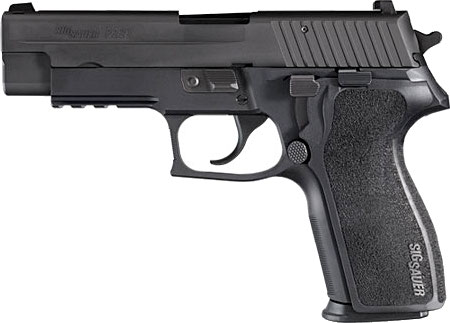 Because of the changes to the grip all P227 pistols are shipped with SIG’s updated E2-style polymer grips. These new grips have a much smaller circumference compared to the old-style grips and have a more comfortable, ergonomic shape that fills the hand naturally.

The first troopers to get the P227 will be the current class of cadets at the State Patrol Academy in Hershey and it’s getting the full-size Nitron model with a 4.5-inch barrel and a standard capacity of 10+1. SIG is working on bringing extended 14-rounds to the market as well. The rest of the troopers will receive their guns before 2015.

The PSP is the second major department to select the P227 for service, which is a ringing endorsement of this relatively new handgun. Late last year the Indiana State Police also selected the P227 for its main duty pistol.

If you’re on the hunt for an double-stack .45 then you should probably have the P227 on your short list. Even though it doesn’t quite have the capacity of a Glock 21, Springfield XDM, or FN FNX (at least for now with flush-fitting magazines) the P227 has an incredible grip shape and it delivers on the quality front SIG is famous for.

The P227, like other classics, has a machined steel slide, a hammer forged barrel, an alloy frame and is offered in a variety of configurations. The PSP is getting the standard full-size model but SIG also offers it in a shorter-barreled Carry model and a de-horned version for concealed-carry as well as flat dark earth variants.

While the PSP is probably getting a pretty good deal on their P227s they’re not as expensive as a lot of people assume. If you do your part hunting for bargains they can be found for around $800, give or take, depending on the model in particular.