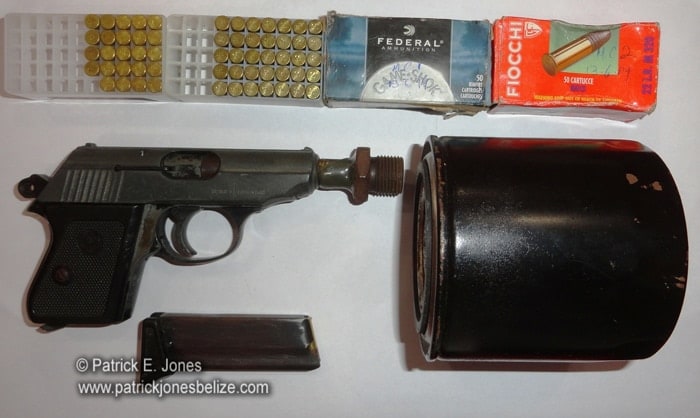 You can modify your pistol sights so you can see over the can.

Three men from Trinidad Village, Belize, were arrested on June 18 for keeping a prohibited firearm, what looks like an old Walther .22 with an oil filter rigged as a silencer — and what a silencer!

Amador, Agha and Moh were jointly charged for the crime of kept unlicensed firearm and ammunition and kept prohibited material.

According to GunPolicy.org, private gun ownership in Belize is not guaranteed by law. The country’s citizens can own a handgun except if it’s chambered for 9mm or larger, and owning a silencer is strictly prohibited.