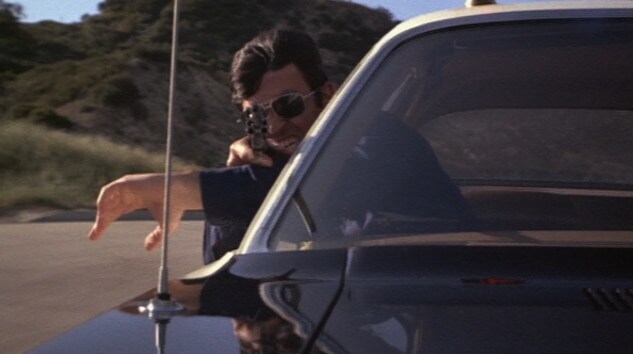 The witness, not featured here, rammed Palacios before shooting at him from his vehicle.

An Omaha man chased down and opened fire on a driver who fled the scene of a hit-and-run accident Saturday.

The witness spotted Jesus Palacios, 27, drive away from the scene of an accident. The witness pursued Palacios and relayed information to a 911 operator over the phone before ramming into Palacios’ vehicle and firing several rounds at him, the Omaha World-Herald reports.

Palacio stopped his car and fled on foot to a nearby backyard, where he was taken to the Nebraska Medical Center. It is unknown if he suffered a gunshot wound.

Palacio was arrested and charged with leaving the scene of an accident, driving under the influence, and running a red light.

The witness was not arrested, but Omaha police are still investigating the incident to determinate what charges, if any, the witness will face.