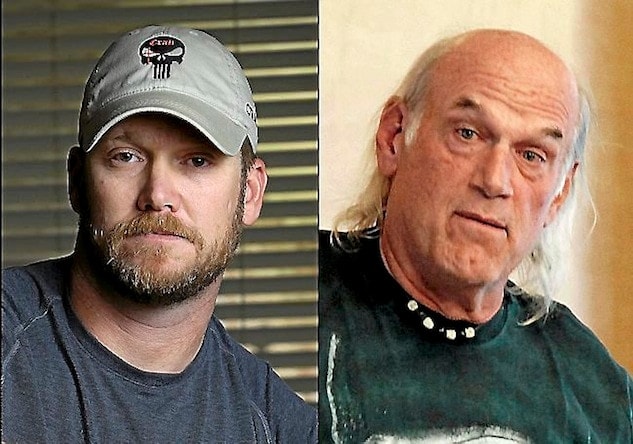 Ventura says his work and image have suffered since Kyle falsely wrote about punching him in the face.

Kyle wrote in his autobiography he had punched Ventura in the face in 2006, but Ventura denies the incident ever took place, adding the defamation of character has injured his career, the Associated Press reports.

Ventura, who is a former Navy SEAL and governor of Minnesota, first levied the lawsuit against the self-proclaimed deadliest sniper in U.S. history in 2012. After Kyle was murdered in 2013, Ventura re-filed against Kyle’s widowed wife, Taya, and now the case is finally underway.

In the late Kyle’s autobiography, he described an incident where Ventura was speaking out against President George W. Bush, the Iraq War, and Navy SEAL tactics. When Ventura said the SEALs “deserve to lose a few,” Kyle, who was also a SEAL, punched Ventura and knocked him to the ground. Kyle went on to say that “rumor has it” he gave Ventura a black eye.

Ventura claimed the whole story was a lie and denied having ever made those statements. He said the story was injurious to his career and that his work suffered after Kyle’s book was published. He was also worried the public would now view him as a traitor to the military.

In order for Ventura to win the lawsuit, he must prove Kyle knowingly lied about the incident, and furthermore, that the intent was malicious.

“Ventura is going to have to prove falsity,” said William Mitchell College of Law Professor Raleigh Levine,” but the harder part is proving actual malice. It has to do with what you know about the truth – that you actually knew that what you were saying was false or that you recklessly disregarded the truth.”

Up to $3 million in royalties from book sales are at stake, plus any profits from the upcoming movie, but according to Ventura, it’s not about the money.

“It’s about clearing my name,” Ventura said in February. “It’s a lie.