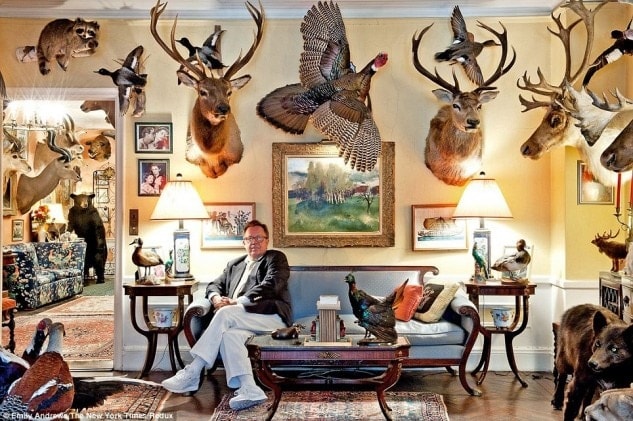 Gregory Speck isn’t a hunter, but still appreciates the fine art of taxidermy.

Gregory Speck, 61, is not a hunter, but that doesn’t mean he can’t appreciate taxidermy. His apartment, which he has dubbed the “Animal House,” overlooks Central Park and contains more than 500 stuffed animals from around the world, Daily Mail reports.

Speck began his taxidermy collection in the early 1990s and has pieces from various museums, and even a few road kill animals. Among his mounts are Kodiak bears, two moose, a black bear, freshwater game fish, bobcats, lynxes and many more.

Most of the interior of the apartment is adorned with Speck’s taxidermy specimens and while the total value is estimated to be around $1 million, Speck said he acquired his pieces for far less.

“In the 90s, it was politically incorrect to have taxidermy specimens for various reasons,” Speck said. “I found I was able to acquire near museum-quality trophies for very little because people didn’t want them.”

Speck says he is a lifelong animal lover and originally wanted to own a zoo, but settled on collecting taxidermy mounts instead. 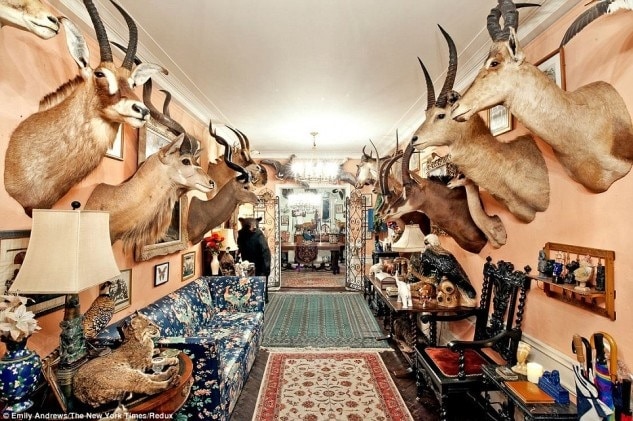 Speck’s Manhattan apartment is filled with over 500 mounts. 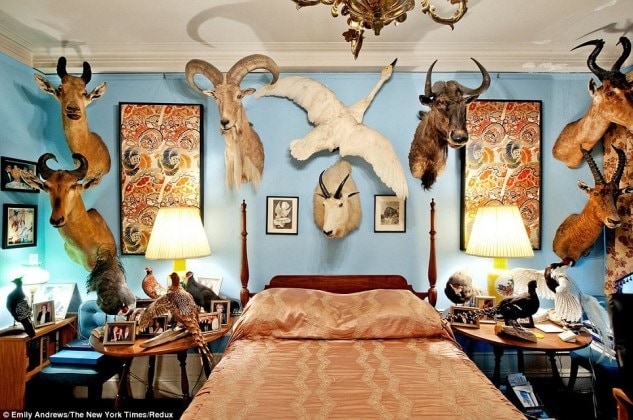 Instead of selling the pieces individually, Speck hopes to sell them as a single collection so the animals can “stay together as a big family.”