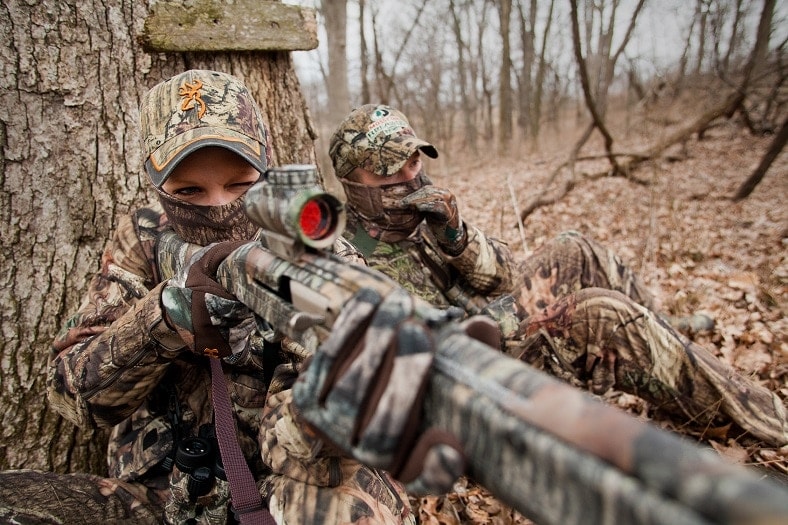 The National Shooting Sports Foundation calls this bill, “the most important piece of sportsmen’s legislation in a generation.” (Photo credit: NWTF)

The Senate voted Monday by a wide bipartisan 82-12 vote to proceed with debate on the “Sportsmen’s Act,” which expands sports shooting on public lands and prevents regulations against traditional ammunition.

The bill notably received the support of many Republican party lawmakers who crossed the aisle to support discussion on the popular legislation. The measure shares many of the same provisions as the similar SHARE Act that passed the House in February by a bipartisan 268-154 vote.

“We are pleased that the Senate voted in an overwhelmingly bipartisan fashion to proceed to take up the most important piece of sportsmen’s legislation in a generation that has 45 co-sponsors from both sides of the aisle,” Larry Keane, National Shooting Sports Foundation (NSSF) senior vice president and general counsel told Guns.com Monday.

The NSSF, among other groups, has supported the measure (S.2363), which includes several changes to current laws. The changes aim to prevent anti-hunting groups from restricting the use of traditional ammunition on public land. Further, the bill would allow state conservation agencies to spend accrued Pittman-Robertson funds to help build more public shooting ranges.

Another provision would increase future access to public lands to sportsmen for both hunting and fishing purposes. Other provisions in the legislation would create electronic duck stamps for waterfowl hunters and increase wildlife habitat conservation efforts.

“I can’t vote for a measure that makes owning or possessing or using guns more readily or easily usable when we have failed to act and we have failed to act on common-sense, sensible measures that will stop gun violence,” Blumenthal said. “I am unable to go back to Connecticut and tell those people who ask me about what we are doing to stop gun violence in America, is that what we’ve done is make it easier for Americans to shoot at targets.”

Besides some lawmakers, there is also growing opposition from anti-hunting groups. A collection of some 80 self-styled conservation groups have lodged opposition to the bill. The groups, spearheaded by the Humane Society of the United States and the Center for Biological Diversity, have written an open letter to senate members against the bill. Besides objections raised over legacy polar bear trophy exemptions included in the package, the conservation groups take exception with protections afforded to traditional ammunition by the act.

“America’s eagles, swans and other wildlife don’t deserve to die painful deaths and suffer horrific injuries from lead poisoning,” said Bill Snape, senior counsel at the Center for Biological Diversity in a statement Sunday. “And yet the Senate is poised to allow these barbaric poisonings to continue.”

The bill is the latest in a series of proposed measures in recent years that have garnered early acceptance. Two years ago, a very similar Sportsmen’s Act was removed from the half-trillion dollar 2012 farm bill at the last minute.

The Sportsmen’s Act of 2014 will have to pass two further procedural votes in the Senate before moving to a final vote, which could happen as early as this week. Then, the bill would need to be conferenced with the House bill to resolve any differences.