States consider gun confiscation to reduce mass shootings, but not everyone is buying it 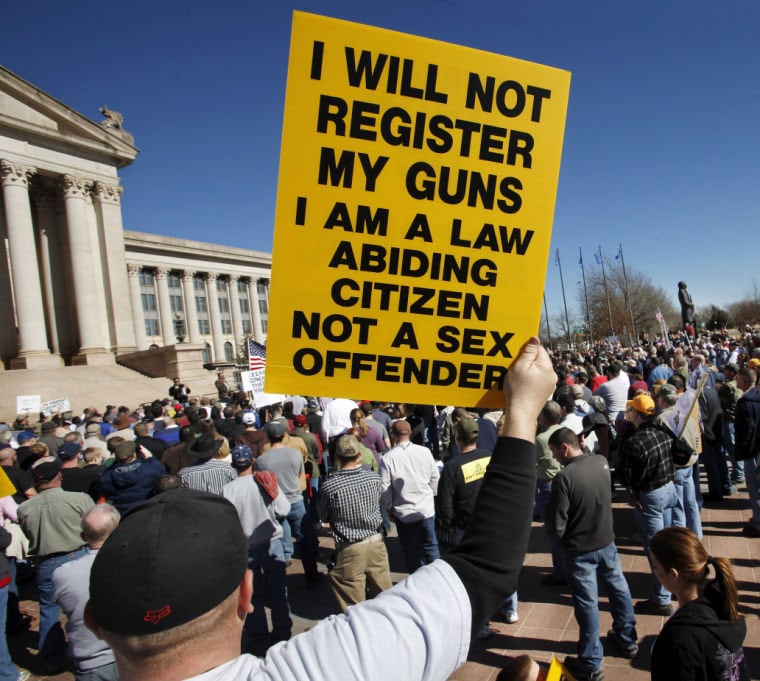 While it seems like mass shootings are constantly in the news, lawmakers across the country look for ways to reduce those instances. For some, according to a report by the Associated Press, preventing mass shootings means utilizing laws that would allow authorities to seize firearms from individuals seen as a potential threat. For others, the mere idea of confiscation – of any kind – is not only a bad idea, but a violation of Constitutional rights.

In 1998, a disgruntled employee with a history of psychiatric problems killed four managers at the Connecticut Lottery headquarters. The killings sparked the passing of a law the following year that gave judges authority to produce a court order allowing authorities to temporarily seize guns from an individual who has been deemed a danger to themselves or others.

The law, which was the first of its kind, stated that within 14 days of confiscation a court hearing is to be held to determine whether the individual’s firearms will be returned or continued to be held by the state for up to one year.

In the first 10 years after the proposed legislation was made law, Connecticut authorities have confiscated more than 2,000 firearms. The courts issued 183 gun seizure warrants last year alone. According to state authorities, the number of warrants has steadily increased year after year too. In fact, the number of warrants issued doubled in 2010 and last year’s number was more than eight times higher than the yearly average for the first five years after the law was first enacted.

Although the reason for the increase isn’t exactly known, some officials believe that it has to do with the number of recent highly-publicized mass shootings.

The purpose of the law was to keep events such as these from happening in the future.

However, 13 years after the law was enacted, a mentally disturbed man with a history of psychiatric problems fatally shot his mother in the head with her own legally-owned gun before walking into an elementary school in Newtown, Connecticut, and opening fire, killing 20 first-graders and six school staff members.

The law, which was drafted as a means to prevent such tragedies, failed. Nonetheless, there are those who still support the legislation.

Michael Lawlor, Connecticut’s undersecretary for criminal justice planning and policy, believes that, although it didn’t, the law could have prevented the Newtown massacre.

“That’s the kind of situation where you see the red flags and the warning signs are there, you do something about it,” Lawlor said. “In many shootings around the country, after the fact it’s clear that the warning signs were there.”

However, Matthew Reed, the police chief in South Windsor where authorities seized several guns from a man who was accused of spray-painting mass shooting-related messages outside of the local high school, believes that things are a bit different now than they were before Newtown.

“With all that we see in the news day after day, particularly after Newtown, I think departments are more aware of what authority they have … and they’re using the tool (gun seizure warrants) more frequently than in the past,” Reed said. “We always look at it from the other side. What if we don’t seize the guns?”

Rachel Baird is a Connecticut lawyer who opposes the law and has so far represented eight clients who have had their guns confiscated by authorities under the legislation.

“It’s stretched and abused, and since it’s firearms, the courts go along with it,” Baird said.

And sometimes, as demonstrated in several other states before, confiscations occur when misunderstandings happen.

In 2012, a 72-year-old Air Force veteran had his guns confiscated by local law enforcement after a visit to his therapist. The man had gone through some traumatic losses recently – his wife died of leukemia, his granddaughter drowned and his son-in-law died of a drug overdose – and he just needed to vent.

While talking with his therapist, the man admitted – and arguably understandably – that he had threatened his deceased wife’s doctor, who had originally misdiagnosed her with a common cold, which turned out to actually be the leukemia that claimed her life.

The therapist questioned the man about owning firearms, which he admitted to having three antiques but no ammunition. Authorities later knocked at his door to take his guns. Ironically, the therapist even admitted to the police that she did not believe the man was a danger to himself or anyone else, but she just just wanted to go on record for reporting the threat. 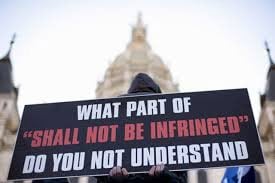 While some believe that seizing guns can save lives, others say it’s an infringement on Second Amendment rights. (Photo credit: Associated Press)

Last March, a California man had his guns confiscated when his wife had an adverse reaction to a change in her medication, causing her to cry uncontrollably for several days. Upon admittance to the hospital, a nurse mistakenly wrote in the woman’s chart that she had been involuntarily committed and was at risk for suicide – both of which were untrue. Several months later, nine fully armed California Justice Department agents showed up at her house to confiscate her husband’s three firearms.

Then in November, and again in California, armed agents showed up at a man’s Bakersfield home to take his firearms over a marijuana charge from 40 years ago. The incident happened when the man was a teenager, warranted a $100 fine and incidentally isn’t even a law that remains on the books today. The man’s 18 firearms were taken by the agents and put into state custody. However, two weeks later the agents contacted the man once again, this time admitting that they had made a mistake and realized that he was, in fact, allowed to have his guns after all.

In all three of these cases, the firearms eventually were returned.

Rich Burgess, president of the gun rights group Connecticut Carry, concluded, “The government taking things away from people is never a good thing.”