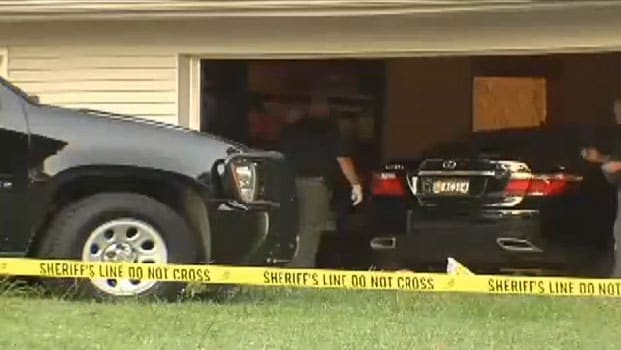 One woman heard the gunshots, but, never imagining that’s what it was, assumed it was just fireworks. (Photo credit: Fox)

A burglary suspect is dead after exchanging gunfire with a wheelchair-bound homeowner in Easley, South Carolina, early Thursday morning.

Just before 1 o’clock in the morning the Anderson County Sheriff’s Office received a 911 call from Latisha Vernon, a friend of the homeowner, reporting what was believed to be a burglary in progress, the local Fox affiliate reported.

Apparently, Vernon, her 17-year-old daughter, and the homeowner, 33-year-old Orlandous Brown, returned to the home to find an armed man inside.

Vernon confirmed that although she did not witness the shooting, she and her daughter both heard the gunshots.

Deputies said when they arrived at the scene, an obviously distraught Vernon and her daughter were crying out as they ran towards the officers, who got the two women to safety before entering the house.

When officers entered the home, they found Brown and the alleged intruder, later identified as 26-year-old Darin Lowe, had both been shot. Lowe, who had received multiple gunshot wounds, was pronounced dead at the scene. Brown, who is confined to a wheelchair due to cerebral palsy, was taken to a local hospital where he was treated for what was believed to be non-life threatening injuries.

The incident remains under investigation, but authorities believe this was not a random crime and there may have been more people involved.

“We think there was a targeted issue here,” Anderson County Sheriff John Skipper told reporters. “The individual had a conversation with the victim that was relayed to us and apparently he was looking for something like they had some kind of a connection there. So we don’t think there’s anything for the public to worry about.”

Authorities did not elaborate on what Lowe was allegedly looking for or any other details surrounding the burglary.

Nonetheless, the occurrence has some area residents on edge in the normally quiet neighborhood.

“It is a little harrowing to know that it could happen so close to my house,” said one woman, a mother of four, who lives nearby and heard the commotion Thursday morning, not knowing what was happening at the time.

While she’s never seen anything like this in the area before, she believes that, unfortunately, crime has been on the rise.