The Palm Beach deputy who fatally shot a deranged naked man who was biting and attacking people last February has recently been cleared.

On Feb. 4, Anesson Joseph, 28, beat a retired cop and bit a teenager’s face. When Sgt. Richard Raasch, Deputy Joel Rivera, and another deputy responded to the scene, they found Joseph naked and covered with blood. Joseph, armed with what was believed to be a gun, rushed towards the deputies like a “bolt of lightning.” Rivera fired his Taser, and Raasch fired his sidearm, the CBS-affiliate reports.

Joseph was struck by gunfire multiple times in the upper leg and chest and fell to the ground. It was first believed Raasch was also struck by the Taser, but it was laser discovered the probes never found their mark. 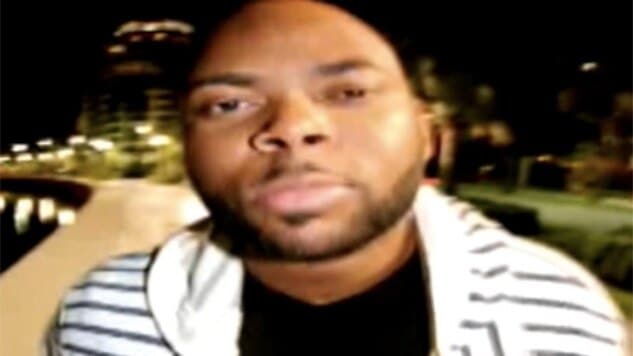 Joseph was naked and covered with blood when he attacked deputies.

“I’m like, this guy’s coming to kill me, bang, bang, and then he was down,” Raasch said.

Deputies thought Joseph had been armed with a gun, but found the metallic object in his hand was actually a set of keys.

During the confrontation between Joseph and the deputies, Joseph was speaking incomprehensibly, flexing his muscles, and shifting from side to side. One of the deputies said he “looked like a demon,” adding there was “no real other way to describe it.”

“I’m like, this guy is either, you know, mentally going through something serious right now or on drugs,” the deputy said. “I mean his eyes were as big as, I mean, I’ve never seen anything like that.”

A postmortem toxicology report showed that Joseph had no alcohol or drugs in his system. Sheriff Ric Bradshaw said Jones’ erratic behavior may have been a result of “excited delirium,” an often fatal condition that causes hallucinations.

Investigators determined that while Jones was unarmed, the deputies acted with a reasonable amount of force based on the information they had at the time. The shooting was declared justified and Raasch was cleared.