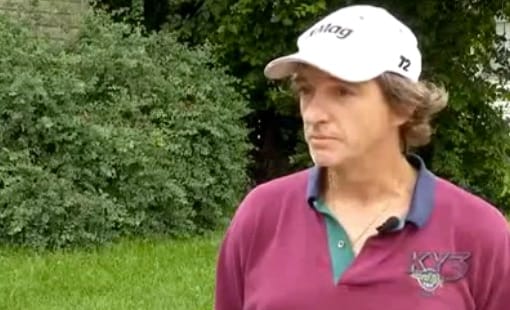 The homeowner, Rick Rogers, said he knew the intruder who was fatally shot and in fact he lived in the house behind him up until about a month ago.

An early morning home invasion in Springfield, Missouri, turned deadly for one of four armed intruders after the homeowner grabbed his own gun and opened fire on them.

Rick Rogers was home with his girlfriend, Chelsea St. John, and daughter-in-law when four men entered through the back sliding glass door of Rogers’ home, just before daybreak at about 5:20 a.m. The men were all armed, wearing gloves and masks, and their intentions were obviously bad.

But as soon as Rogers saw the men, he immediately ran upstairs to retrieve his revolver.

“I can’t explain to you the feeling that that is,” St. John told reporters following the incident.

She recalled how one of the intruders, later identified as 40-year-old Kenneth Fry, grabbed her by the hair, shoved a gun to her back, and ordered her to the floor, while declaring, “You know I will kill you.”

St. John complied with Fry’s demands, but before she could even get to the floor, Fry took off upstairs towards Rogers. At that point gunshots rang out and, at first, St. John believed that Rogers had been shot. But when she saw Fry fall backwards down the stairs, she realized Rogers was the one who fired the shots, striking Fry in the chest.

At the sound of gunfire, the remaining intruders ran out of the house, but Rogers chased them for a short distance. St. John also ran out of the house, yelling at neighbors – or anyone else who could hear her – to call 911. It was then that she saw a man with haunting eyes hiding behind a bush. But the man got away before police arrived or Rogers returned.

When police did arrive, Fry was transported to the hospital where he died a short time later.

Authorities said the intruders got away with a laptop and a couple of cell phones.

The following day, St. John said she saw those haunting eyes once again when two men were walking near Rogers’ home. She said the look they gave her confirmed what her gut was saying, so she called the police.

“I told the police the look that passed between us wasn’t a look like, ‘Why are you looking at me? What’s up?’ The look was, “Yes, I know you and I know you know me and I will be back.’ And that is scary to me, that is very scary,” St. John said.

When police returned to the area, the two men led them on a foot pursuit. One was placed in police custody, while the other escaped. Authorities did not reveal whether the man in custody was one of the intruders from the previous day. 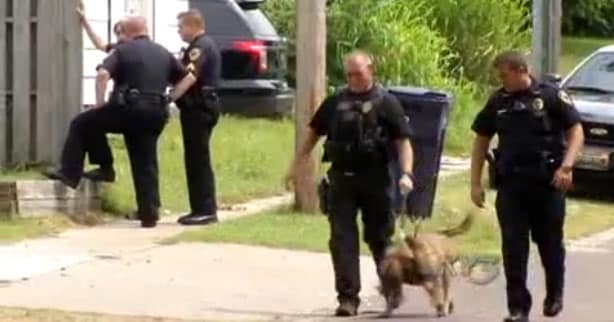 The day after the shooting, two suspicious men were seen walking near the home. Police later arrested one, but the other fled. (Photo credit: KY3)

Although the incident remains under investigation, at this point it does not seem likely that Rogers will face any charges, as Missouri’s Castle Doctrine Law protects homeowners who use deadly force during a home invasion.

And Rogers says he has no regrets.