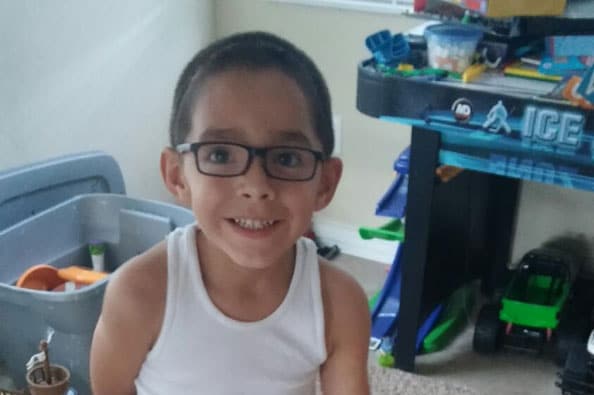 According to his mother, Davien loves to play outside and ride his bike, as well as make paper airplanes, color and do puzzles. (Photo credit: Go Fund Me)

A Florida mother of a 5-year-old boy who was shot in the head by the stray bullet of a drive-by last year is pressing for help to purchase a service dog to help aid her son with his recovery. The woman first sought help through a website to raise the $11,000 fee for the dog, but got nowhere. Then, an unimaginable amount of help came from an unexpected place – a gun-loving group based in Florida.

In July 2013, Diana Lopez snuggled up with her son, Davien Martinez, for an afternoon nap. The day seemed like any other, but as gunshots rang out, Lopez realized a mother’s worst nightmare had just became her reality. She immediately grabbed her son and rolled him to the floor to find him shot in the head.

“I was applying pressure to his head,” the 23-year-old mother told Guns.com in a recent interview. “A ton of blood and brain matter was seeping through my fingers. I remember yelling and screaming to my mother to call 911 and begging to God that he doesn’t take him from me.”

On the street just outside of their home, two cars had just passed by. The occupants in both cars were shooting at each other and one of the stray bullets had made its way into Davien’s bedroom. Nearly a year later, no arrests have been made.

However, the strong and energetic 4-year-old survived. The bullet had entered his left frontal lobe and traveled through his face to his right eye socket before becoming lodged in the right side of his jawbone. The incident left Davien with bilateral frontal lobe brain damage and blind in his right eye. As a result, the mother said, he now  suffers from anxiety, post traumatic stress disorder, attention deficit hyperactivity disorder, an impulse disorder and intermittent explosive disorder.

Davien is on daily medication to help with the anxiety and the other disorders he copes with on a regular basis. According to the boy’s mother, bedtime is difficult for him and his nights are often riddled with anxiety attacks and nightmares. “He’s terrified of sleeping in his own room or even sleeping away from me,” Lopez said.

But Lopez believes that getting a service dog for her son would help him to cope with nights better and aid in reducing his overall anxiety and therefore the number of medical appointments he attends each week. 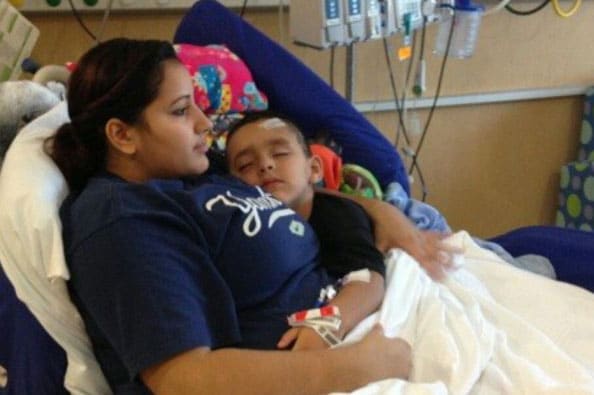 It seemed like a sensible solution to Lopez, albeit an expensive one. A service dog for Davien would cost at least $11,000 – $3,000 for the dog and another $8,000 for the training. Lopez knew it was more than she could afford, so she sought help from various sources, but only ran into dead-ends. Ironically, part of the reason financial aid was hard to find was due to Davien’s young age. Most sources which help to cover the cost of service dogs are only available for children 10-years-old and older.

Lopez set up a Go Fund Me account in hopes of raising money for the fee, but after nearly a year, the account held less than $100, a far cry from the $11,000 that was needed.

But then help came to Davien in what some might consider an unexpected place.

“Davien is local to our area and since he only had $65 collected in an 11-month period in his Go Fund Me account, we decided to take action,” co-founder of the Tampa Bay Gun Runners (TBGR), Thomas Ouellette, told Guns.com in an email. “Most all of us have young children and hate to see the suffering that he has gone through from a situation that he could not control,” Ouellette said.

TBGR was started as a small Facebook group in 2013 but has grown to more than 3,600 members across Florida. 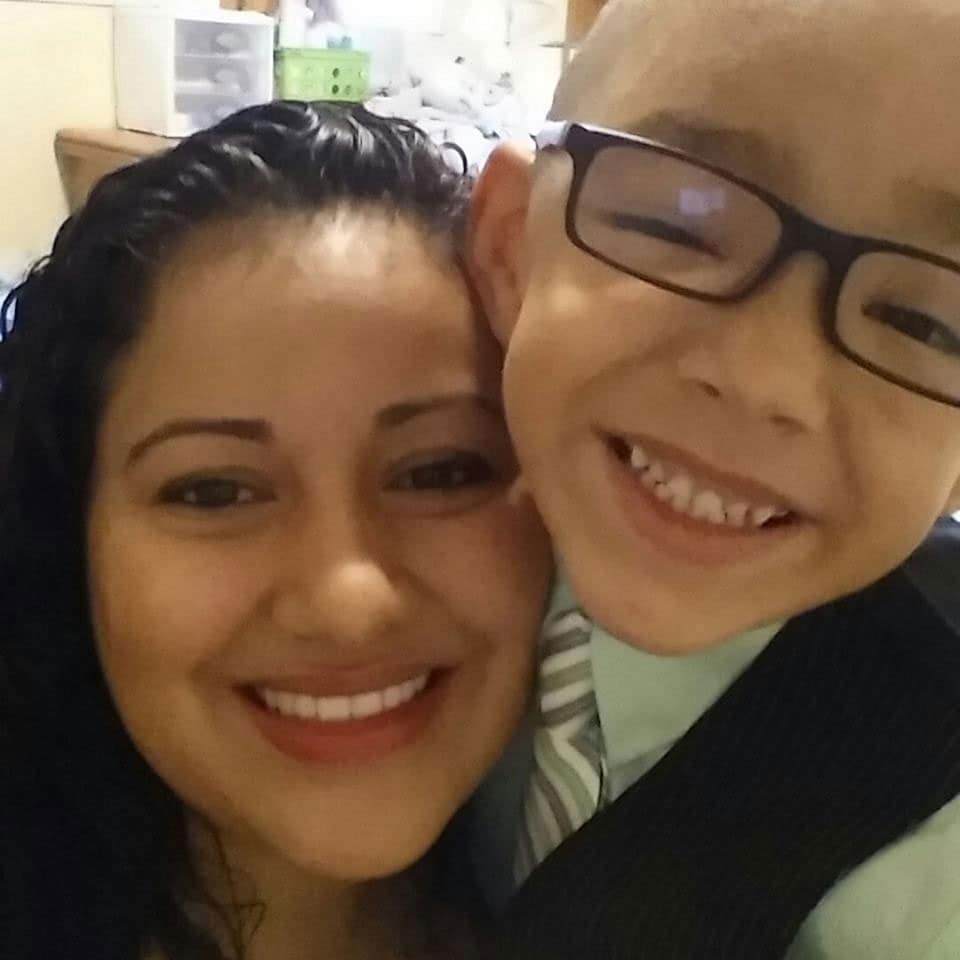 When the group saw Davien’s need, they knew something had to be done.

And Lopez, although grateful, was surprised.

“It was very surprising,” she told local media who covered the story this week. “But it makes sense. It’s a good program that’s trying to show not all gun owners are bad.”

In a matter of days, TBGR raised more than $5,000 for Davien’s service dog – and they’re still going.

The group has turned a previously planned BBQ into a chance to raise even more money for Davien. The event, which will be open to the general public, will have a donation jar set aside and also will include raffles and giveaways to help generate additional funds.

The BBQ will be held Saturday, July 12, from 11 a.m. to 5 p.m. at Florida Firearms Academy in Tampa. Further, donations can be made directly to Davien’s Go Fund Me account.