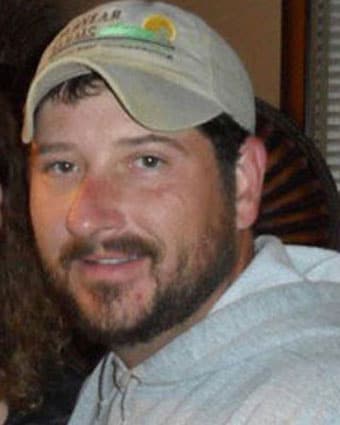 According to Davidson’s mother, “He was still very much in love with her. He was trying desperately to get back with her and it just wasn’t happening.” (Photo credit: ABC)

An exchange of gunfire in a Hendersonville, Tenn. home Sunday night left one man dead, who had apparently broke into a home with the intentions of harming his ex-girlfriend before the woman’s 18-year-old son came to her aid.

It was about 8:00 p.m. when 36-year-old Brian Davidson, unwanted and unlawfully, made his way into Shawna Brush’s home, according to local reports. The couple allegedly had a troubled past, dating back for more than eight years.

The couple’s two children – ages eight and 10 – were in the home as the incident erupted, but Brush told the children to get to safety when she realized Davidson was entering and he was armed. The children escaped unharmed, but Brush’s 18-year-old son, Connor, wouldn’t leave her side.

It’s unclear who called 911, but as police arrived they could hear the exchange of gunfire from inside the home. However, by the time authorities made it into the house, Davidson was pronounced dead. He had been hit once by a bullet from Connor’s gun and another from his own gun.

Authorities are not yet saying how exactly the exchange occurred or whether Davidson’s life was claimed by his own bullet or Connor’s.

An autopsy is scheduled for Davidson and the incident remains under investigation. No charges have been filed at this point.

Friends, family and neighbors knew the couple’s relationship had been tumultuous, but none of them ever imaged it would escalate to such a point.

LeRoy McMillan, Brush’s neighbor, whose house was caught in the exchange of gunfire, told reporters he knew the relationship was becoming increasingly violent.

McMillan also stated that Connor was a good kid who had just graduated from high school and planned to join the military.

“He was just protecting his mother, he was very protective of her,” he said.

In fact, Davidson was due in court Monday on charges for aggravated burglary, aggravated assault, possession of a weapon, and stalking. The charges stemmed from an incident with Brush which happened less than a month ago. That same day, Brush took out a protective order against Davidson, but that protective order failed to protect her Sunday.

Davidson was arrested the day of that incident, on June 20, but was released on a bond greater than $50,000 just eight days later.

“It’s a tragedy that this happened to him,” Davidson’s mother, Melissa Ingram told reporters. “It shouldn’t have never come down to this.”