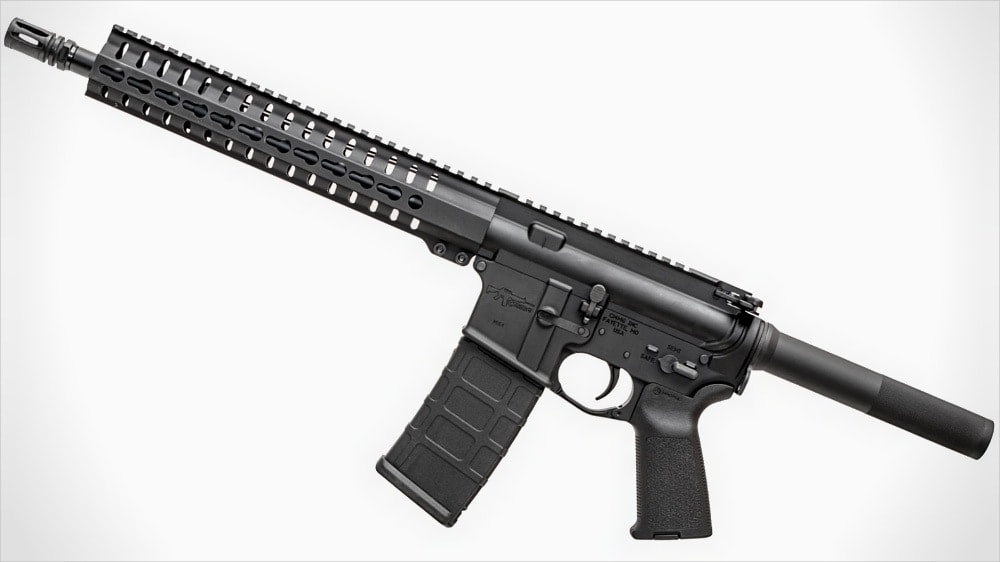 CMMG is announcing a new addition to their line-up of AR-15-pattern pistols, the new Mk4 K chambered for 5.56 NATO. Unlike their 300 AAC Blackout and 9mm pistols, the 5.56 model sports a longer 12.5-inch barrel, up from 8.2, which helps boost muzzle velocities.

Cartridges like 5.56 NATO and .223 Remington lose a lot of speed if they are fired from barrels that are cut down too far. The longer barrel will have improved ballistics and a flatter flight path than a similar gun with a shorter barrel while still keeping the overall length down and maneuverability high.

It also gives the pistol an edge in the reliability department as short-barreled ARs sometimes don’t stay pressurized long enough to cycle dependably, particularly with slow-burning, low-pressure ammo. The barrel has a medium weight contour and a 1-in-7 twist.

The shorter barrel makes a big weight difference. Unloaded the pistol weighs just 5.3 pounds, which is fantastic. The overall length is 28 inches.

One feature that makes the pistol really stand out is the long, free-floating handguard. The Mk4 comes with CMMG’s RKM11 rail. The handguard has KeyMod slots three-, six- and nine-o’clock positions that users to mount accessories directly to the handguard. CMMG offers separate 5-slot adapter rails for use with Picatinny accessories. The 12-o’clock rail is Picatinny along its full length for use with standard iron sights and other sights or scopes.

The Mk4 is an “optics-ready” pistol, meaning the user supplies their own sights. This of course keeps the initial price down while leaving optics options completely up to the user. 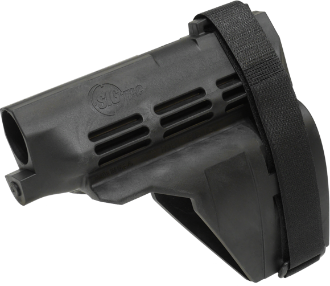 And naturally this is a prime candidate for a stabilizing arm brace. It’s almost a surprise CMMG isn’t shipping with one affixed.

The rest of the specifications are fairly boilerplate and largely MIL-SPEC, including the forged 7075-T6 hard-anodized aluminum receivers and fire control group.

CMMG has set the Mk4 K AR’s MSRP at $1,049, which is competitive. Real-world prices should be under $1,000 by a pretty good margin. All CMMG firearms come with a lifetime guarantee.

If you’re interested in the Mk4 K AR pistol and other CMMG products and news, head over to their website and also check out their Facebook page.