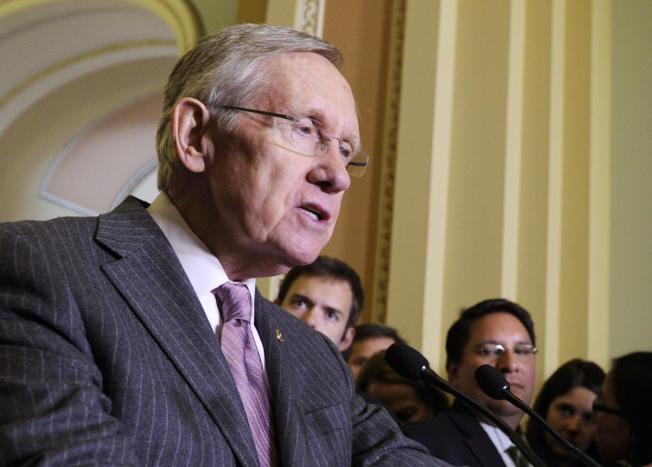 Although widely accepted earlier this week, the pro-gun Sportsmen’s Act was defeated on Capitol Hill Thursday after Senate Majority Leader Harry Reid (D-Nev.) refused to allow a flurry of 81 amendments from both sides.

The bill, which encompassed some 20 sweeping changes to the use of federal lands and resources for hunters, anglers and target shooters, had been called a “once-in-a-generation” piece of legislation by the National Shooting Sports Foundation (NSSF).

However, just two days after a bipartisan 82-12 vote to proceed with debate, Senate members on both sides rushed to attach a myriad of often contradictory amendments to the act.

Reid, who Tuesday stated he would allow amendments, subsequently backpedaled and “filled the tree” on the bill, a parliamentary procedure in which he refused all amendment branches to the trunk of the act itself. Since the bill was subject to a pending anti-filibuster vote in cloture, it needed three-fifths of the full Senate (60 votes) to pass, and sufficient support was not available.

It had the sponsorship of some 26 Republicans, 18 Democrats, and an independent when first introduced into the Senate. It was seen as a needed bill for many moderate Democrat co-sponsors facing tough re-election in “red” states this November.

Reid blamed Senate GOP members for the bill’s demise, saying, “They want amendments because they want to kill the bill, like they’ve tried to kill everything in the last six years.”

This brought harsh response from Republican lawmakers who maintain the core legislation was good.

“It’s an astonishing display of what a majority leader has done to muzzle an entire legislative body, both parties,” said Sen. John Barrasso (R-Wyo.). Barrasso was one of many in the body who proposed an amendment to the bill Wednesday.

The Wyoming senator’s measure was designed to halt what he termed the “overreach” of the Environmental Protection Agency and the Army Corps of Engineers.

Among the flurry of other amendments proposed to the bill were:

Upon the news that the Sportsmen’s Act was derailed, the NSSF, who was largely a huge supporter of the legislation, issued the following statement.

NSSF understands why pro-sportsmen members from both sides of the aisle wanted an opportunity to vote on amendments unique to their respective states. That said, it is disheartening to see America’s longstanding tradition of bipartisanship on sportsmen’s issues sacrificed to the continued gridlock preventing meaningful bipartisan legislation. NSSF looks forward to working with the vast majority of Senators who continue to have an interest in passing this historic legislation on behalf of current and future generations of hunters.

The National Rifle Association also weighed in on the failed measure, saying “By refusing to allow a reasonable amendment process, Sen. Reid effectively killed this legislation – a bill with substantive measures that would have enriched America’s hunting and sporting heritage,” in a statement released late Thursday.

Some in the Senate have stated the partisan fight in the fractured chamber on gun control is not over with the failure of this bill.

According to the CT Mirror, Sens. Blumenthal and Murphy have scheduled a press conference in Hartford Friday “to highlight efforts to oppose expansion of gun use until Congress acts to prevent gun violence.”