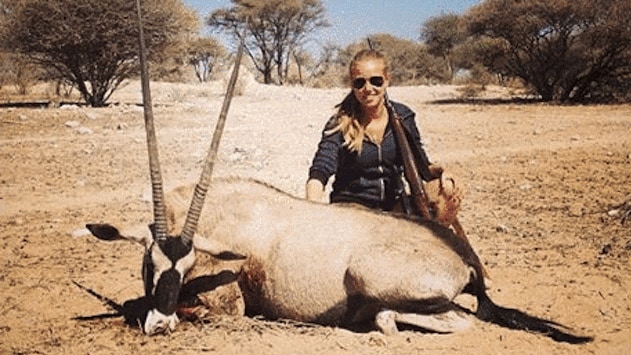 L’Oreal revoked their modeling contract with Axelle Despiegelaere after she posted this photo to her Facebook account.

A Belgian soccer fan landed a once-in-a-lifetime modeling contract with L’Oreal in while cheering at the World Cup in Brazil, but shortly after she posted a hunting photo to Facebook, the beauty company cut its ties.

L’Oreal approached Axelle Despiegelaere, 17, after photos of her cheering at the games went viral, according to Yahoo Sports.

Despiegelaere announced her new contract on Facebook, then later posted a photo of her besides a dead gazelle with a comment that incited outrage. 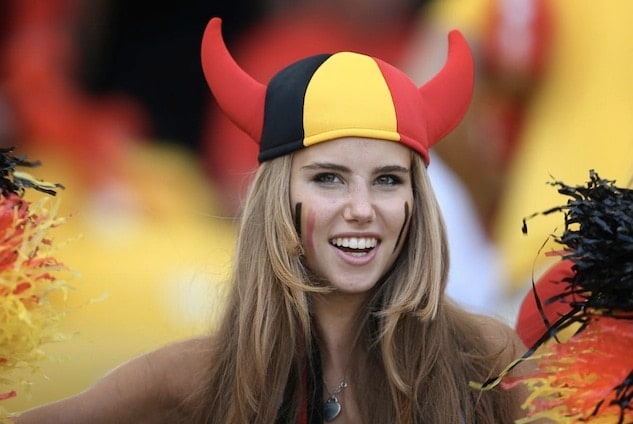 Axelle Despiegelaere cheering at the game between Belgium and Russia that piqued L’Oreal’s interests.

“Hunting is not a matter of life or death. It’s much more important than that..this was about 1 year ago…ready to hunt americans today haha (smiley),” Despiegelaere wrote on the photo.

L’Oreal later decided not to work with Despiegelaere. While a L’Oreal spokesperson acknowledged the company was aware of the hunting photo, they wouldn’t comment on its role in their decision.

This marks the second incident in recent months where a young teen female hunter has caused public outcry for posting their hunting photos to Facebook.

Texas Tech cheerleader Kendall Jones was earlier criticized for her big game hunts. She defended her actions, but Facebook removed the images of the animals considered endangered.