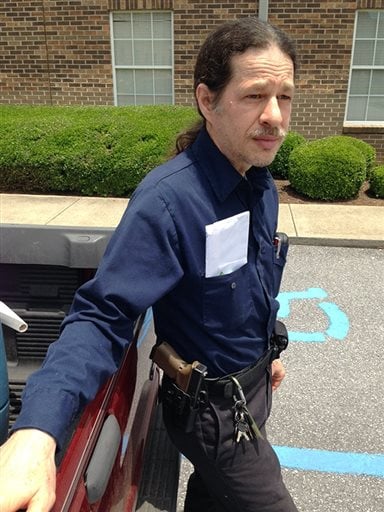 Following friction between Alabama poll officials and open carriers in recent elections, the state attorney general is telling county commissions they do not have the authority to forbid guns at polling places.

The county had posted signs prohibiting firearms at polling places following guidance from the Alabama Sheriff’s Association in June, then pulled them down after voters complained. In at least one instance, a voter open carrying at a polling place located at a volunteer fire station was told to secure his handgun inside his vehicle before being allowed to vote.

“The Chambers County Commission does not have the authority to prohibit firearms at all polling places,” read the conclusion of the seven-page opinion issued by Strange last week. The AG went on to explain the designation of a location as a polling place does not transform it into a courthouse according to state law. This is important as possession of firearms in both courthouses and those of prosecutors in the state are already banned. Other publicly owned locations could not be prohibited.

“Whether firearms may be prohibited in polling places depends on the nature of the location,” Strange said.

This led the opinion that private property owners who offer up their locations for use by voters do have the authority to ban firearms. “The owner of private premises or another authorized person may revoke the license or privilege of a person to enter or remain on private property,” Strange contended, “even with respect to persons who have a permit.”

During last month’s primary elections, no less than three voters in Shelby County were asked to secure their firearms outside the polling location after it was discovered they were armed. The county had recently posted signs to prohibit firearms in all of their polling locations.

However, some of the voters recently asked to disarm are taking that county to court.

John David Murphy, 55, is currently a plaintiff in a planned lawsuit backed by the state Second Amendment group Alabama Gun Rights. The group contends that Murphy was unlawfully told to put his openly carried Glock in his vehicle when he attempted to vote at a precinct established at a local church.

“I feel that it was improper that they stopped me from carrying my firearm openly, which is my constitutional right to do,” Murphy said. “And voting is also a constitutional right we have. And an individual should not be denied exercise of one right in order to exercise another. That’s what was done, and that’s why this (issue) has gone so firestorm.”

Meanwhile, Murphy intends to vote in the upcoming July 15 runoff elections but isn’t saying whether it will be with his Glock or not.