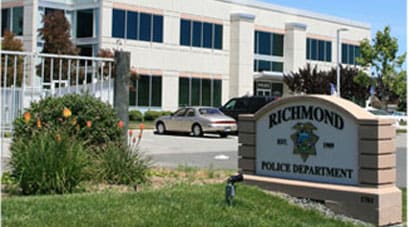 Jose Hernandez claims the department failed to protect his identity when he worked as an informant, resulting in him being shot. (Photo credit: Richmond Police Department)

A former informant for the Richmond Police Department has filed a lawsuit against the department, claiming he was shot after being ratted out by the officers with whom he worked, the San Jose Mercury News reported.

Jose Hernandez was facing a DUI in the California city 10 years ago. However, in exchange for dismissing the charges, Hernandez agreed to be an informant for the department’s drug trafficking investigation unit, setting up drug deals for undercover officers.

However, in 2005, Hernandez was shot three times by a local drug dealer, Jose Vega-Robles, after he was allegedly exposed as an informant. “He’s scared to death, he’s very frightened,” said Hernandez’s attorney, Michael Brown. “How would you feel if members of the Mexican drug cartel tried to kill you?”

Hernandez filed the suit last month after new evidence was apparently revealed, providing proof of what Hernandez originally suspected – that officers were responsible for putting the target on Hernandez’s back. Part of that evidence came from an interrogation with drug trafficker, Sergio Vega-Robles, brother of Jose Vega-Robles. The interrogation detailed a relationship which Sergio had with Sgt. Michael Wang, a 19-year veteran with the department who originally worked with Hernandez. Wang allegedly accepted more than $100,000 in bribe money and informed Jose of a federal agency’s tracking device on his car. Sergio also claimed his cousin dated Wang, who is currently on paid administrative leave while under investigation.

Although Wang originally worked with Hernandez, he was later promoted and at that point Hernandez began working with officers Chuck Whitney and Mario Chesney. The lawsuit also names former police Chief Terry Hudson, along with Whitney, Chesney and Wang as putting Hernandez at risk.

But Brown also admitted it’s a risk which comes with the job.

“You have to have internal policies to protect informants,” he said. “These are bad people, cartel people, people involved in major, major drug trafficking, murder. It’s a huge risk for an informant.”

Nonetheless, the suit claims the department “adopted a policy of including the names of confidential informants in the official records of the Richmond Police Department without the safeguards necessary” and “negligently and carelessly failed to properly train and supervise police officers of the city of Richmond so as to prevent the names and identities of confidential informants from being revealed.”

Richmond police Capt. Mark Gagan would not comment on the lawsuit, but said such allegations are not taken lightly.

“These kinds of lawsuits can harm our reputation in the community,” Gagan said. “We really strive to make sure we have the public’s trust, that’s one of the most important things a police department needs to be successful.”

Jose Vega-Robles is currently in prison on unrelated drug charges and is set to go to trial for the Hernandez shooting in September.

Nonetheless, even with Jose Vega-Robles behind bars, Brown still says Hernandez “lives in fear every day” in addition to the physical pain he has endured after being shot.

“Drug dealers tried to kill him, and although the felon we believe to be responsible is in prison, there’s a lot of drug dealers out there,” Brown said.