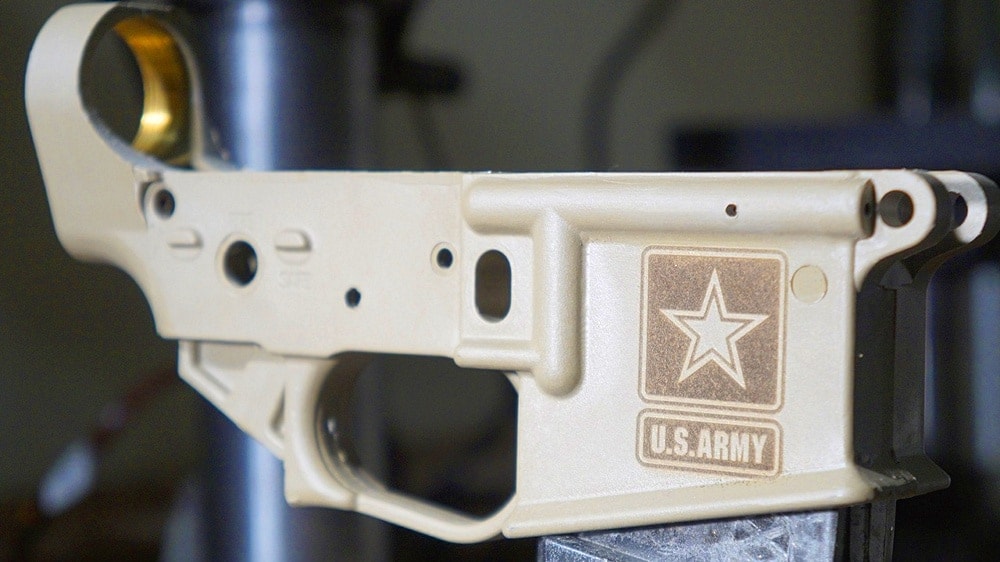 The Tennessee Arms Co. has gotten hold of a laser engraver and is now offering a spread of in-house and custom laser-engraved AR-15 lower receivers. A newcomer to the polymer lower business, the company is making a name for themselves with ultra-light, problem-free polymer receivers.

These laser-engraved receivers start at $55 and are available in  Army Foliage, Flat Dark Earth, OD Green and black, with colors corresponding to Magpul shades. The engravings on file currently include the Army logo, the Navy logo, the Air Force logo and the Marine’s globe and anchor. And even though it’s the Tennessee Arms Co., the company will offer a “Come and take it, Texas” engraving.

Of course the sky’s the limit when it comes to custom engravings. Anything that looks good in two tones will stand out on these receivers, whether its your flag, your motto, or … the Decepticon’s logo? Do what you want, the Tennessee Arms Co. will work with you.

Tennessee Arms’ lowers stand out for a few reasons. In addition to being highly-customizable with its new laser engraving services, the lowers are reinforced at the buffer tower where historically early polymer lowers have failed. The reinforcements are on the outside of the buffer extension as well as inside the fire control pocket. 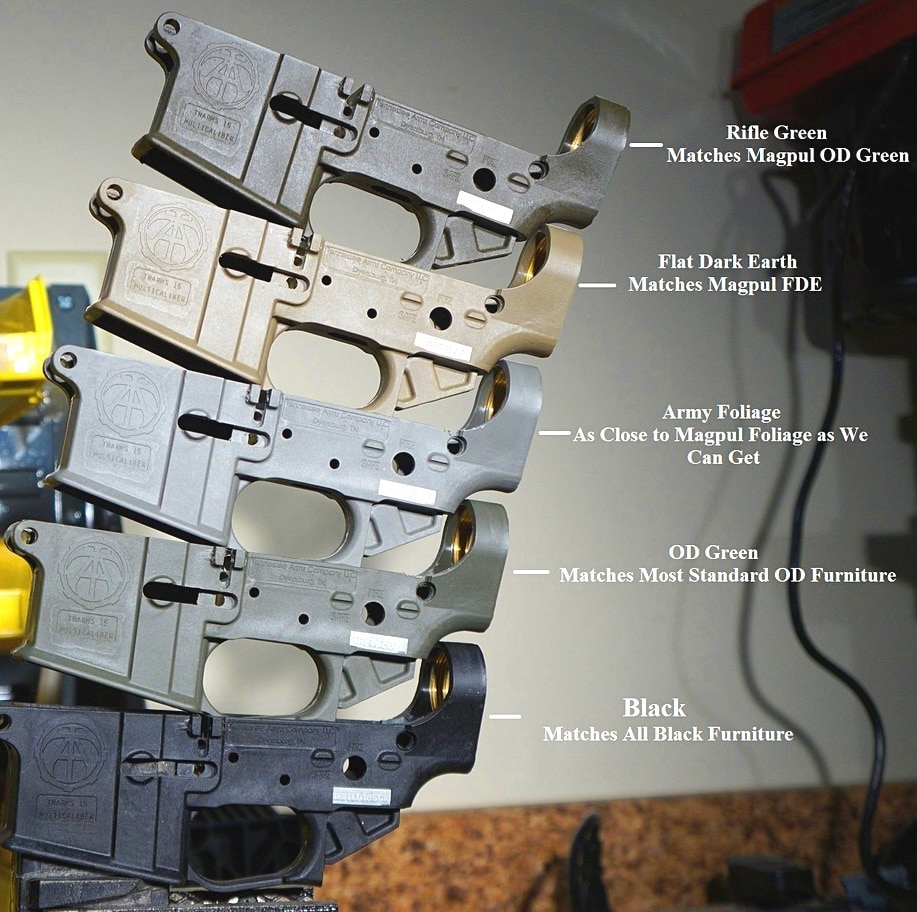 The company also goes the extra step with the lowers and builds them with naval brass reinforcements at the buffer tower and at the pistol grip. This allows builders to install buffer tubes and grips without having to worry about threads, whether the company is assembling a gun for the first time or swapping parts.

Ultimately these reinforced Nylon receiver can handle abuses that would outright destroy an aluminum receiver and bounce right back. Polymer receivers can soak up the hits and keep on running. And the color runs deep, so scratches won’t uncover different materials.

The use of polymer for lower receivers is increasingly popular. Not only is it essentially scratch-proof polymers bend where alloy receivers will crack and break. Tennessee Arms goes one step further with the with their brass reinforcements for extra strength as well as to prevent stripped plastic threads.

Tennessee Arms has exceptionally approachable prices and for the price of a few lattes, if you’re at all curious about polymer AR lowers keep these guys on your radar. More information can be found on the company’s website.