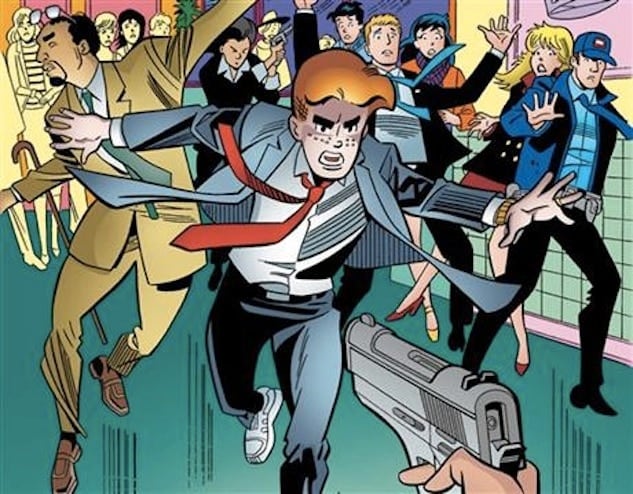 After living life in the comics for 75 years, Archie will finally meet his demise after saving his friend from an assassination attempt.

Archie is set to die in Wednesday’s installment of “Life with Archie” by saving his gay friend from an assassination attempt.

In the 75-year-old series conclusion, Archie is fatally shot while pushing his openly gay friend and pro-gun control advocate Sen. Kevin Keller out of harm’s way, the Associated Press reports.

Archie Comics publishers and co-CEO Jon Goldwater wanted readers to not only be shocked by Archie’s death, but also to learn from it.

“We wanted to not only grab people’s attention but really show the heroic nature of the character,” said Goldwater. “He’s willing to literally die to save his friend, Kevin. Archie would have died to save any of his friends. I think Archie would’ve even died to save a stranger.”

“Archie is not a superhero like all the rest of the comic book characters,” Goldwater continued. “He’s human. He’s a person. When you wound him, he bleeds. He knows that. If anything, I think his death is more impactful because of that. We hope by showing how something so violent can happen to Archie, that we can – in some way – learn from him.”

The Archie comics first started in 1939 and centered around a group of friends at Riverdale High School. But in recent years, they’ve focused on more serious issues like breast cancer, affordable health care, and even gun control. 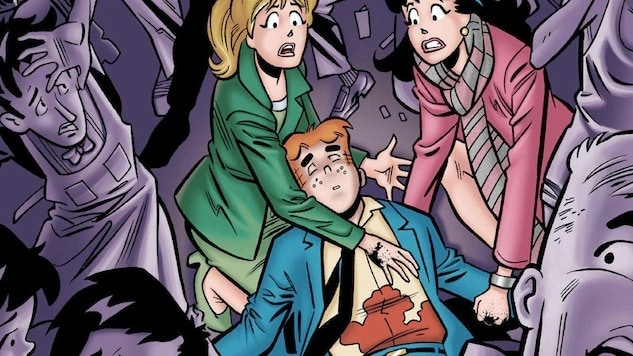 The comic’s creators revealed that Archie’s death would come a few months back.

“In recent years, ‘Life with Archie’ has become one of the most unique books on the shelves by using its characters to address real world issues – from marriage equality to gun control – in a smart but accessible way,” Matt Kane, GLAAD’s director of entertainment media told ABC News. “Though the story is coming to a close, we look forward to seeing Kevin and Archie’s stories continue in their remaining titles.”

Goldwater hasn’t revealed who the shooter will be, but mentioned it was someone who has been stalking Kevin.