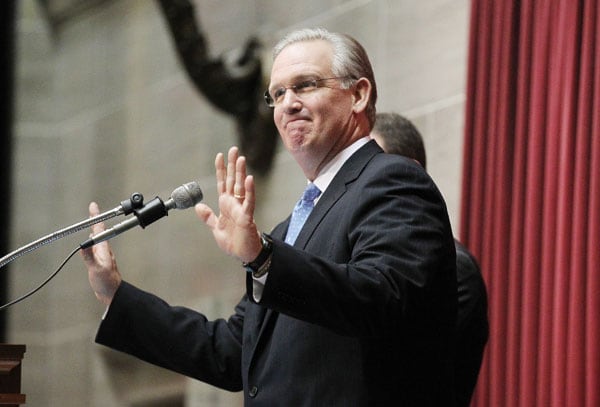 Gov. Jay Nixon (D) told the Republican-led Missouri legislature that he could not condone SB 656, a bill to allowed trained and armed teachers in the state. (Photo credit: KMOV)

Missouri Gov. Jay Nixon (D) vetoed legislation Monday that would have allowed vetted and trained teachers and school administrators to carry firearms on campus. The measure had passed the Republican-dominated state house by a strong 111-28 vote and the state senate in a 21-7 vote.

“I cannot condone putting firearms in the hands of educators,” Nixon said. “Arming teachers will not make our schools safer.”

The bill, SB 656, was designed to allow school districts to cross-train faculty to a new “school protection officer” standard. These volunteer teachers and administrators would need a valid Missouri concealed-carry permit and complete a Peace Officer Standards and Training Commission certification course. Following these steps, they would be allowed to carry on school grounds if the district opted to allow armed personnel on campus.

Over the summer, no fewer than 10 school districts have sent selected teachers and staff through up to 75 hours of training in anticipation of the bill being signed by the governor. This required training ran at a cost of $17,500 for every two staff members. 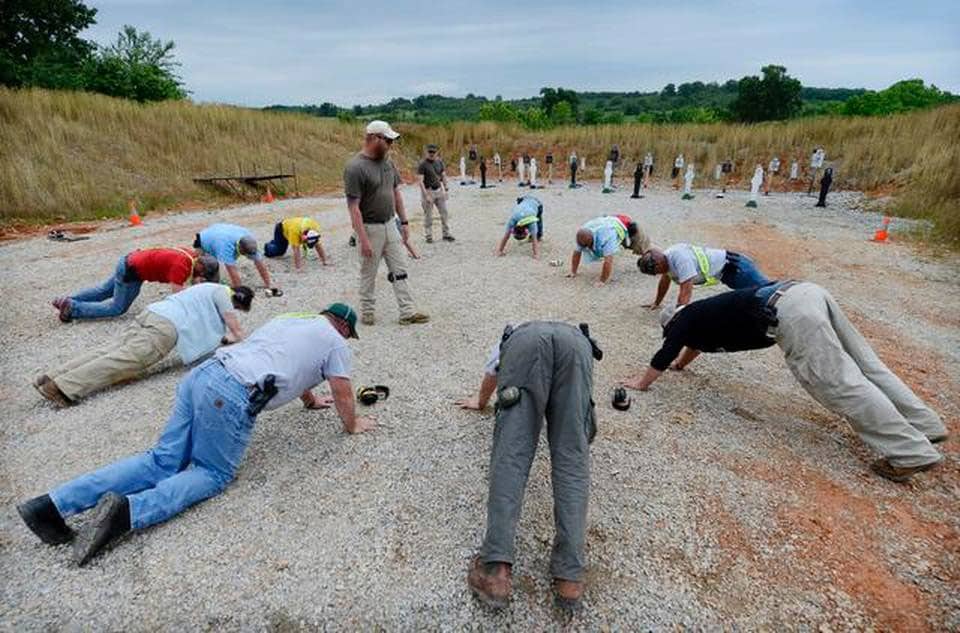 Teachers in Missouri have been spending the summer training hard for the SPO program outlined in SB 656. (Photo credit: The Kansas City Star)

The legislation was sponsored by state Sen. Will Kraus (R-Lee’s Summit), who had harsh words for Nixon Monday. “This measure would have left the choice for voluntary training at the local level,” said Kraus in a statement. “It would have been a decision made between the local school board and individual staff members. Currently, school districts can allow staff with a concealed carry permit to carry a firearm on school property.”

State legislative leaders have not made a statement as to whether they will undertake a veto-override vote. Should they elect to, lawmakers would have to pick up two more votes in both chambers of the state legislature.

The bill had strong support from national gun rights groups, and, although Nixon’s veto came after the adjournment of the session for the year, a special veto session is already scheduled to open Sept.10. With the governor rejection of a record 33 bills this session, future debate on SB 656 is almost guaranteed.