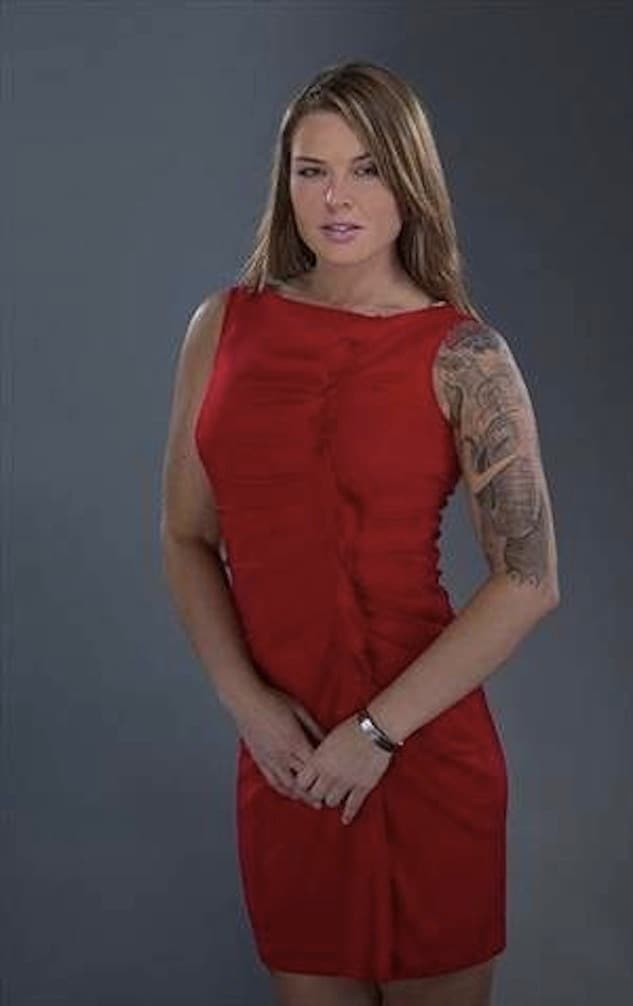 Kelsy DeSantis, 26, was Military Police in the Marines. She’s from Burbank, California.

Former Marine and current mixed martial arts fighter Kelsey DeSantis is hanging up her gloves and putting on a dress to compete as a finalist for the Ms. Veteran America competition.

Shortly after DeSantis signed up for the pageant she found out she and her boyfriend Jake were expecting a baby. Realizing she’d be nearly full term at the time of the competition, DeSantis emailed the event organizers and offered to opt out, Military Times reports.

“They wrote me back and said, ‘are you kidding me? This is what we’re all about!” DeSantis said.

The Ms. Veterans America competition isn’t the run of the mill beauty pageant. The event not only highlights “the woman behind the uniform,” but it also raises funds for homeless female veterans.

Every contestant is required to demonstrate a talent. DeSantis showcased her fighting prowess during the regional competition in Washington, D.C., and plans to wow the judges with more martial arts during the finals. 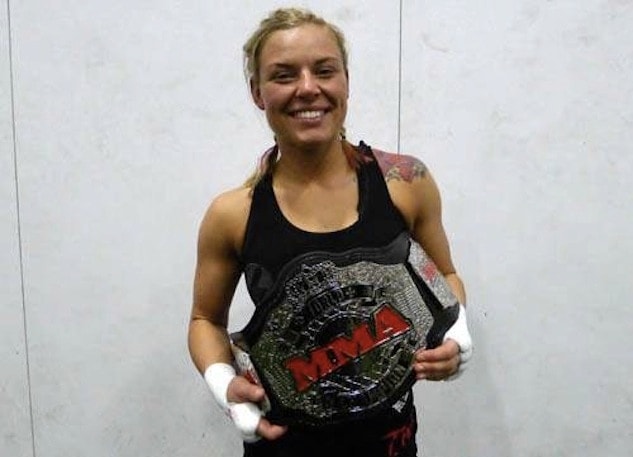 DeSantis proudly displays her belt after winning her 2011 MMA fight. Her specialty is Muay Tai.

The contestants must also participate in a panel review and DeSantis, who is also a veterans advocate and founder of the H.E.L.O. Foundation, an organization that helps troops transition back to civilian life, says she plans to speak from the heart.

“Ever since I got out [of the military] I realized that it’s a part of me to continue a life of service,’ DeSantis said. “It’s become a part of who I am and what I want to do. I guess I speak from the heart.”