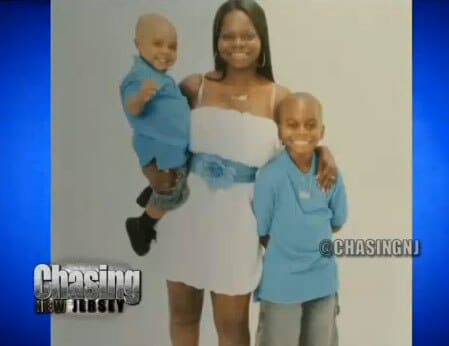 Shaneen Allen said she carried a gun to protect herself and her children. (Photo credit: My 9 NJ)

A Philadelphia woman is now facing felony gun charges after she brought her legally-owned gun into New Jersey. The 27-year-old single mother of two claims she never meant to do anything wrong and simply did not know that her concealed carry permit, issued in her home state of Pennsylvania, did not apply in The Garden State.

Shaneen Allen obtained her concealed carry permit at the advice of a family member. Allen, who works two jobs and late at night, told local media that she was robbed twice last year before she decided to start carrying a gun.

However, although Allen took a gun safety course, she lacked the proper knowledge of concealed carry permit reciprocity, and thought nothing of carrying her permit and firearm in her car when she drove into New Jersey. In fact, when she was stopped for a minor traffic violation, she without question and willing informed the officer that she held a permit and was carrying a firearm in her vehicle.

And it was that honesty, Allen claims, which got her into trouble. “The judge tried to tell me that telling the truth messed me up, my life up and the cop said the same thing,” she said. “Me opening my mouth and speaking out he said I’m one out of ten people that spoke up and was honest and that got me in trouble.”

Nonetheless, Allen now faces charges for unlawful possession of a weapon and possession of hollow-point bullets. In the state of New Jersey, illegal possession of a gun is a second-degree felony and is punishable by a minimum sentence of three years in prison.

Allen’s attorney, Evan Nappen, feels she got caught up in an unfair situation and that the punishment in her case doesn’t fit the crime.

“We’re talking about a law-abiding, licensed person who did nothing wrong,” Nappen said. “She is now facing three-years minimum mandatory, where the judge has no discretion, in state’s prison.”