A 60-year-old Georgia man who served stints in prison in the 80s and 90s faces 15 years in prison for felony possession of firearms.

Robert Beecher, from Reidsville, was indicted last month by a federal grand jury sitting in Savannah for possessing several firearms as a convicted felon. If he is found guilty, this will be his third felony conviction and he’ll be classified as an Armed Career Criminal under federal law.

But his daughter, Jean Owens, is speaking out against the charges and describes her father as “a 60 year old man who goes to work, spoils his grandchildren, and speaks his mind about his country.”

According to the Georgia Department of Corrections website, Beecher served a month-long prison sentence in 1981 and then about five years starting in 1997. In one of the offenses, he was convicted of arson. 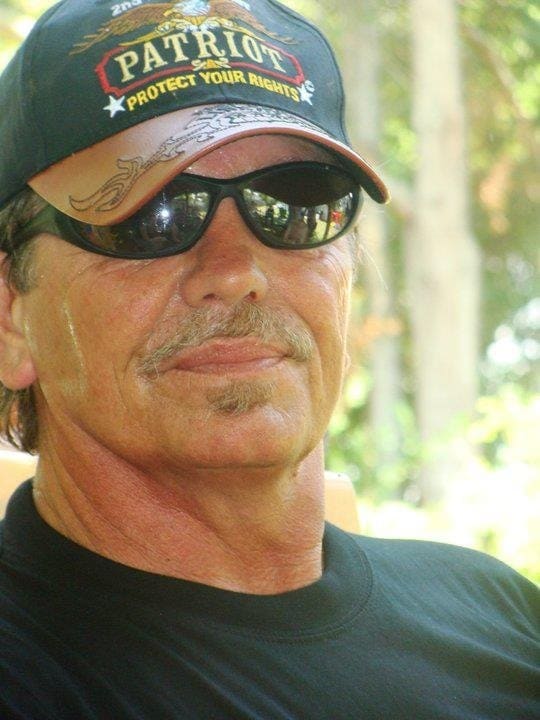 Robert Beecher, 60, is also getting support from his community, who are raising funds to help fight his legal battle. (Photo credit: GoFundMe.com)

However, U.S. Attorney James Durham said in a news release, “Evidence presented during an earlier detention hearing held at the federal courthouse in Statesboro, Georgia established that Beecher had multiple felony convictions dating back to the 1970s, including convictions for arson, burglary, and aggravated assault.”

When authorities arrested Beecher on May 7, they said he was in possession of multiple firearms at his home.

Owens explained to local media that the weapons belonged to relatives, not Beecher, and were stored at a home on his property while he lives in an adjacent RV.

She said she also believes her father is a target for law enforcement because of his willingness to voice his opinion on the Internet.

Additionally, she said he joined some militia groups, but broke ties when other members mentioned armed protests or other hints of violence.