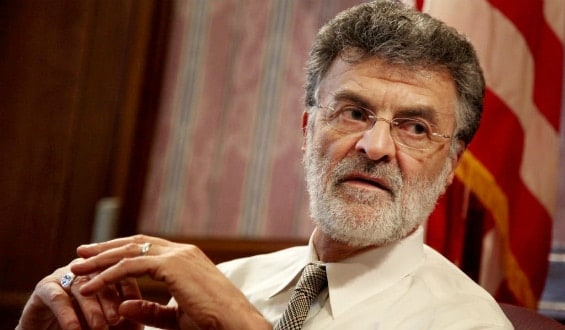 Cleveland Mayor Frank Jackson has introduced his sweeping legislation to the city that will include strict new limits on gun purchases and require all guns sales to be reported.

This comes a month after Jackson promised to “take on the victim mentality” and overhaul existing gun regulations in the Forest City.

“We’ve taken thousands of guns off the streets of Cleveland over the last eight and a half years,” Jackson said in a statement. “This legislation, if passed, will give us another way to attack the problem of gun violence in Cleveland and make Cleveland a safer place.”

The comprehensive 31-page emergency ordinance proposes a number of changes to the city’s gun regulations. These include limiting gun purchases to one every 90 days, with an exemption for law enforcement, members of the Ohio National Guard, and licensed firearms dealers.

In addition, the law would require gun sales and transfers between private citizens, as well as loss of theft of a gun, be reported to police. Further, it would be illegal to allow access to a firearm to anyone under 18 years of age, or loan a gun to someone not eligible to own one by law. Those who violate gun ordinances in the city would be required to register in a publicly available gun offender registry.

Besides the limits and regulations on firearms, the proposed legislation outlaws sale or possession of replica firearms, brass knuckles, various types of martial arts equipment, slingshots, stench bombs, and long-bladed pocketknives. Like the proposed gun regulations, law enforcement would largely be exempt.

The proposed changes have already brought fierce response from gun rights advocates who staged a rally this week in Cleveland’s Public Square. Groups including Ohioans for Concealed Carry, The Buckeye Firearms Foundation, and Ohio Carry are promising to take the fight to court if Jackson’s measures find success.

“If these are passed by council and enacted, they will be legally challenged that same day,” Ohio Carry President Brett Pucillo told Cleveland.com. “While the Mayor has the best of intentions with these proposals, and has done much good for the city, these proposals are against state law and will end up costing the tax payers of Cleveland time and money.”

In 2010, the Ohio Supreme Court struck down Cleveland’s strict gun laws, stating in a 5-2 decision that the state’s laws on an Ohioan’s individual rights to bear arms preempt the city’s ordinances.

Cleveland City Council President Kevin Kelley has vowed to put the measure high on his priority list, saying, “Gun violence has taken far too many lives in our community. The City of Cleveland must act aggressively to address this issue.”