FBI worries terrorists may use driverless cars as ‘lethal weapons’ 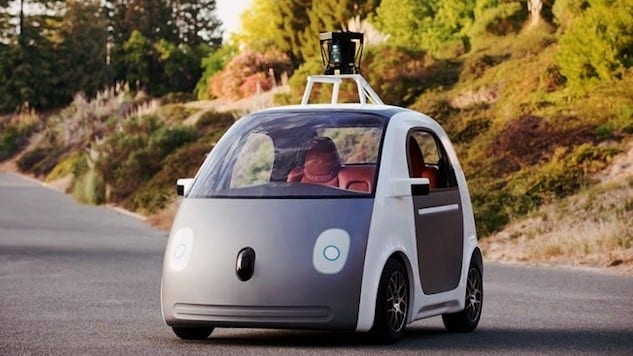 The FBI says driverless cars can be used by criminals as “potential lethal weapons,” but believes they can also be a benefit to law enforcement.

While Google’s driverless cars would certainly ease the daily commute, the FBI is worried the future tech could be used for more nefarious purposes.

In a recently released report, the FBI stated autonomous vehicles “will have a high impact on transforming what both law enforcement and its adversaries can operationally do with a car,” The Guardian reports.

The FBI predicts criminals will be able to more effectively use driverless cars as “lethal weapons.” For instance, a fleeing bank robber could fire on pursuing police vehicles while their own car drives itself. Or, perhaps, a terrorist could load an autonomous vehicle with explosive and preprogram a destination.

“Autonomy… will make mobility more efficient, but will also open up greater possibilities for dual-use applications and ways for a car to be more of a potential lethal weapon than it is today,” the report states.

Although driverless cars can be used to the criminal’s advantage, the FBI report says they can also be a benefit to law enforcement.

“Surveillance will be made more effective and easier, with less of a chance that a patrol car will lose sight of a target vehicle,” the report states. “In addition, algorithms can control the distance that the patrol car is behind the target to avoid detection or intentionally have a patrol car make opposite turns at intersections, yet successfully meet up at later points with the target.”

Google is currently testing driverless vehicles, but the FBI believes they could be hitting the roads in as soon as five years.