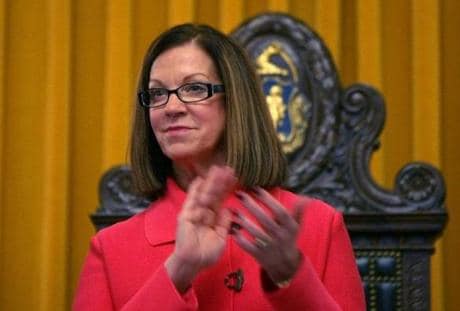 After the Massachusetts state senate received a controversial gun control bill from the house with may-issue language for gun owner permits, they passed it by a vote of 28-10, but without the key measure.

The provision, which would have expanded the state’s ‘may-issue’ concealed carry policy to cover not only the carry of handguns, but also the ownership of handguns, rifles and shotguns, was stripped away during debate on the legislation. In it, local police chiefs would have had increased discretion in issuing firearms identification cards (FIDs), which are needed in the state to purchase guns.

“This bill takes the necessary steps to reduce the impact of gun violence in the Commonwealth,” Senate President Therese Murray (D-Plymouth) said in a statement released Thursday. “By supporting tighter regulations and increasing protections for our schools and children, we are helping to ensure a safer, more secure environment in our communities.”

The Senate bill, S.2265, is a diluted version of the state House measure that passed last week by a 112-38 vote in that body. While stripping away the increased powers proposed to local law enforcement chiefs, the bill includes provisions to increase the state’s submissions to the FBI’s National Instant Background Check System, which processes background checks for gun sales. In addition, it adds several new gun crime statutes to the state’s code while increasing mandated penalties for others.

State gun rights advocates were elated by the news that the increased FID scrutiny element of the senate bill was exercised from the legislation.

“I’m very pleased with what the Senate did today,” said John Hohenwarter, the National Rifle Association’s government affairs director for the state to the Associated Press, “The bill’s in much better shape that it was when it came over from the House.”

However, gun control advocates were less than impressed, citing the FID card issue as the key to the latest legislative vehicle to try to stop gun violence.

John Rosenthal of the group Stop Handgun Violence told the Boston Globe that, “the most significant gun safety measure in the bill will have been scuttled and people will die as a result of it, as they have for years.”

The two dueling bills, one with the FID enhancement intact, the other with it stripped away and more gun crime language added, will now head to the joint House and Senate conference committee where a compromise bill will be crafted to return to each of the state’s legislative bodies for review in coming days.