A Georgia deputy missed his mark when he aimed for an advancing dog and mistakenly shot a child in the leg earlier this month.

On July 10, Coffee County Deputy Michael Vickers, 36, had tracked down shooting suspect Christopher Barnett to a trailer park when he spotted a dog running towards him. Vickers fired once at the approaching animal, but hit 10-year-old Dakota Corbitt instead, WTOC reports.

The bullet struck the child behind the knee and exited out of the front of his leg. Corbitt was transported to Savannah Memorial Hospital to be treated for his injuries, where doctors said he was expected to make a full recovery.

Coffee County Sheriff Doyle Wooten says that while the shooting was an accident, Vickers still feels remorseful for injuring the child. 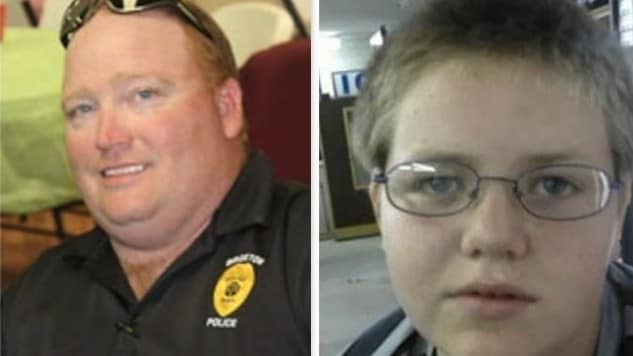 “He has three children and it would prey on anybody’s mind that a child was hurt,” Wooten said. “But if you have anything to do with it, it’s really preying on his mind.”

The sheriff also said he didn’t want to second-guess Vickers’ actions, adding that the deputy reacted to a quickly evolving situation.

Vickers was on pre-approved vacation time Monday. When he returns to work he will be placed on administrative duty.