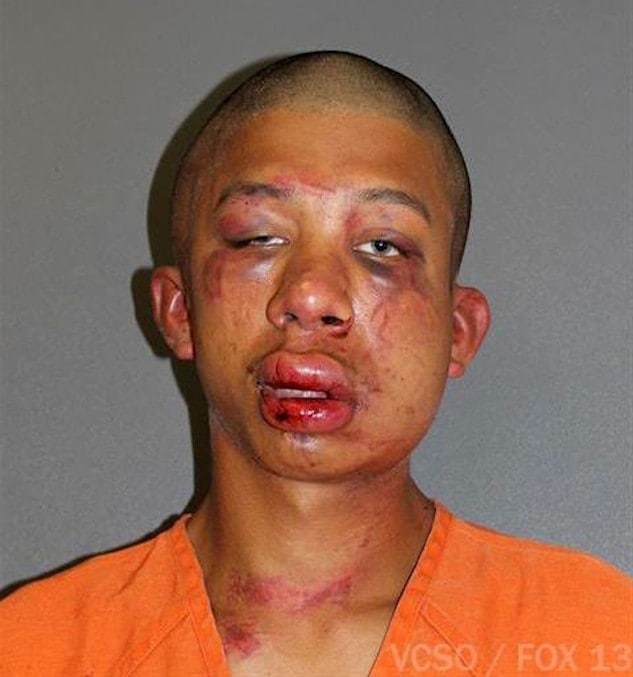 Raymond Frolander, 18, ended up looking like this after a father found him sexually molesting his young son.

A protective father literally took matters into his own hands Friday after walking in on a babysitter who was sexually molesting his young son.

The father returned to his Holly Hill, Florida, home to find babysitter and family member Raymond Frolander, 18, sexually battering his son, who is under 12-years-old. Frolander tried to run, but the father “took physical action” to keep him pinned until police could arrive, My News 13 reports.

In the 911 call, the father told the dispatcher he had Frolander in a “bloody puddle” and ready to be picked up by police.  Responding officers found Frolander battered and lying on the living room floor.

Frolander, who had been babysitting the child since he was 8-years-old, admitted to having an ongoing sexual relationship with the boy and confessed to police, “I’m guilty.”

The child told police Frolander asked him to sit on his lap before later removing his clothes and sexually battering him.

Frolander was arrested and charged with sexual batter of a juvenile.

The father was not charged with anything.