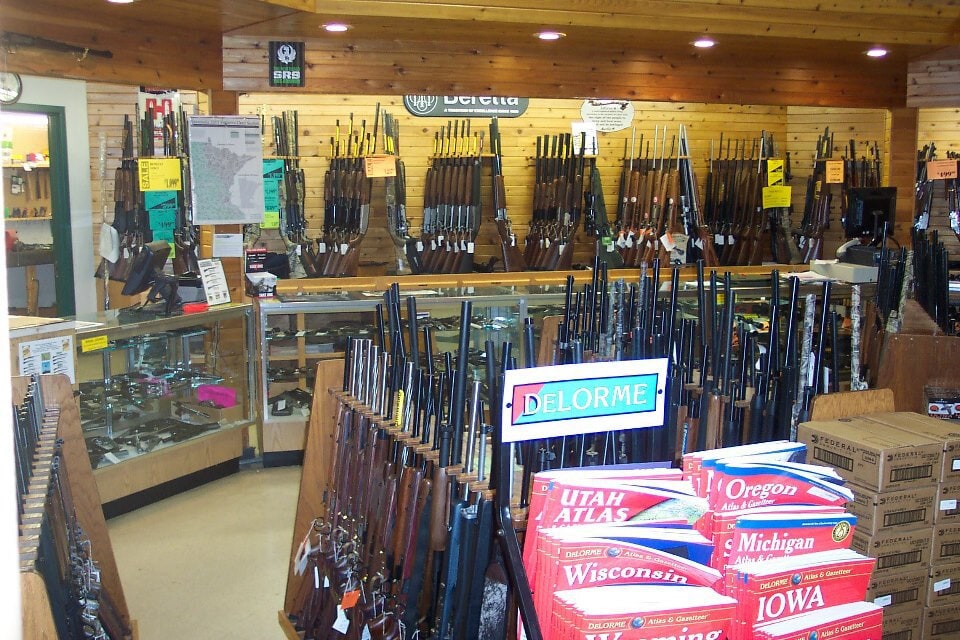 Inside Borch’s Sporting Goods before the robbery — the second one. (Photo credit: Borch’s/Facebook)

To further investigate an incident where a small cache of guns and ammo were stolen from a sporting goods store in Marshall, Minnesota, federal agents and an industry lobby group are offering a $10,000 reward for information about the robbery.

Around 4:20 in the morning on July 3, robbers stole 23 handguns, 3 long guns and 27 boxes of ammo from Borch’s Sporting Goods in Marshall.

In all, the Bureau of Alcohol, Tobacco, Firearms and Explosives is offering a $5,000 reward, which will be matched by the National Shooting Sports Foundation. Additionally, the Marshall Police Department and Marshall Area Crime fund are offering $2,000 more.

The NSSF is the lobbyist group for gun makers and retailers. This reward is part of a larger national initiative between it and ATF.

This is the second time in a year that crooks stole firearms from Borch’s. Back in October, three men — including a 17 year old — rammed a car through the front window of the store and grabbed some guns. Police arrested them in November at a traffic stop.

Currently, ATF and the Marshall Police Department are investigating the robbery.

Any information regarding this burglary should be reported to the Sioux Falls ATF Office at 605-782-8200 or the Marshall Police Department at 507-537-7000. They said all calls will be kept confidential.