“Bad for running, worse for fighting” is the motto of Combat Flip Flops, a company that was started by Army Rangers who have seen first-hand the benefits of a working — if poorly and creaking — economy, people who are dedicated to “making cool stuff in dangerous places.” 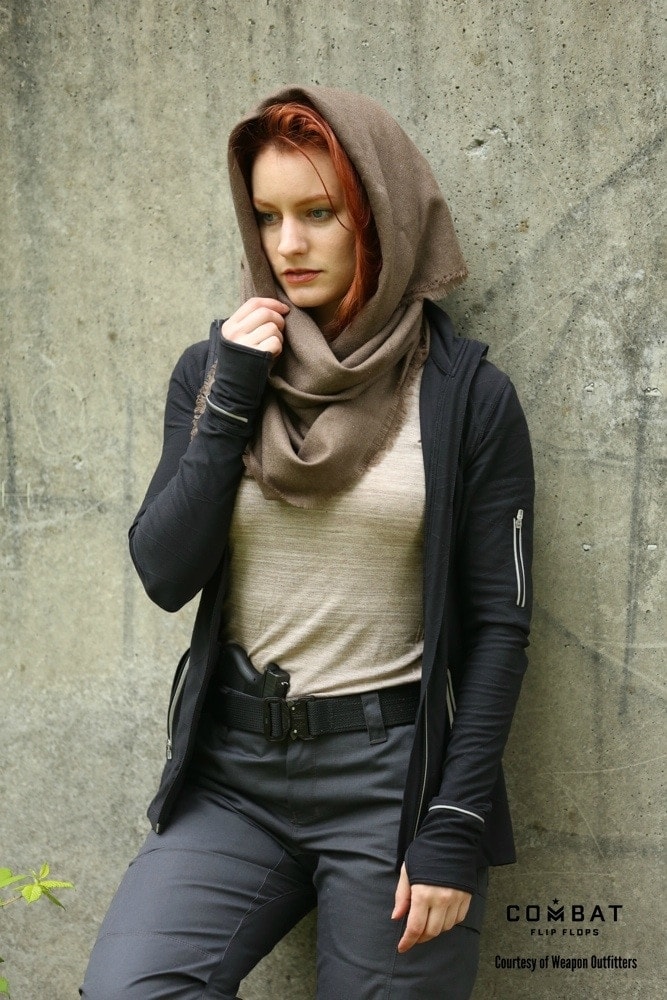 Combat Flip Flops is going to expand, and you can help. The organization already works in five countries, Afghanistan, Colombia, Kosovo, Laos and the U.S. They don’t just create business they fund charities including mine removal. They want to break into the cashmere business.

“Afghanistan is recognized as the third largest cashmere producer in the world,” Combat Flip Flops explains. “With over 450,000 goat herders in country, Afghanistan needs your help to turn natural resource into a profitably sustainable industry so we can get the locals thinking about business potential instead of more bullets.

“Why scarves? Because we can’t make flip flops out of cashmere. And well, how awesome will it be to have mega-brownie-points-producing gifts for the lovely lady(s) in your life from your fav badass site — Combat Flip Flops?! Plus the scarves — 100 percent cashmere from a war torn country—are just freakin’ cool. Gear up, Babes and Bros. Let’s get started.”

Combat Flip Flops has partnered with Vetlaunch, a crowd-sourcing website like Kickstarter for veteran-lead projects, to raise the $15,000 they need to get their next project off the ground.

You can be a part of this. Combat Flip Flops is looking to work with people who are interested in developing business in Afghanistan in order to bring stability to the region, and also get fancy scarves.

Backers of the Cashmagh project can contribute as little as $5, though people who give more will be thanked with more than just warm fuzzies.

Combat Flip Flops is taking pledges from $5 to $2,500. If you want a limited first-edition cashmere scarf pledge $150. Every first-edition scarf will be made with a custom label and backers will be thanked with a social mention.

Other rewards include bangles, tee-shirts, stickers and of course, flip flops. People are also welcome to not only back this project but also pay for Afghan girls to go to school at the same time as developing this cashmere business.

“The Impact Combat Flip Flops is a veteran-owned, small business.  Our goal is to employ people in Afghanistan and other post-conflict areas all over the world.  In addition to making cool stuff in dangerous places, we help veteran organizations, sponsor medical missions in the most remote regions of the world, and work to make sure you feel included.”

If you want to feel included go to the “Rock the Cashmagh” Combat Flip Flops campaign at Vetlaunch and pitch in. Go here to donate and find out more about the project.

The campaign is accepting pledges through Aug. 18, so you you have a month or so to help out and spread the word. “Karma goes a long way. Everything helps. Combat Flip Flops.”

For everything else, check out the Combat Flip Flops website.