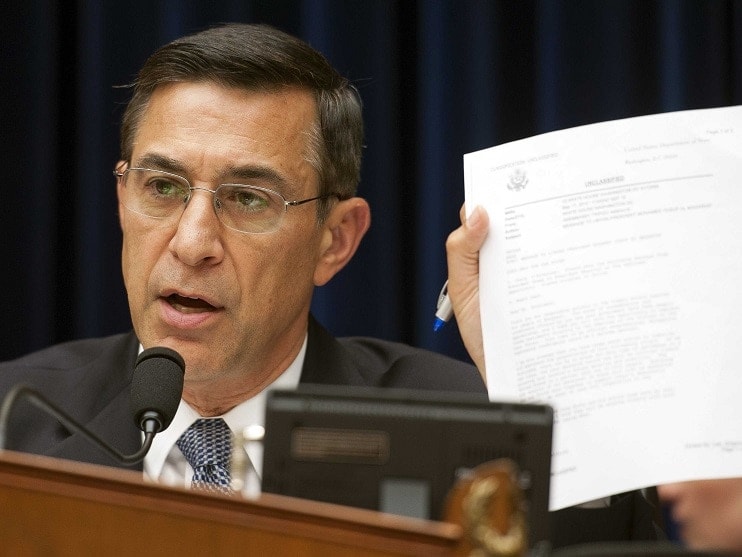 Rep. David Issa (R-CA) is joining Sen. Chuck Grassley (R-IA) in asking the GAO to look into the ATF’s databases to discern if the agency is building an illegal gun owner database. (Photo credit: AP)

Members of Congress are asking the General Accountability Office to review the Fast and Furious-related Suspect Gun Database while an investigative report claims 91 percent of those snared in Bureau of Alcohol, Tobacco, Firearms, and Explosives stings are minorities.

“Under the Gun Control Act, ATF does have responsibility for various law enforcement functions, such as the tracing of firearms,” wrote Grassley and Issa in their July 18 letter to the head of the GAO. “However, given the ambiguity in ATF’s use of the Suspect Gun Database for tracing firearms, it and any other new database should be examined for compliance with ATF’s data restrictions.”

The lawmakers contended that ATF agents, under the Operation Fast and Furious investigation, added extensive amounts of firearms to what is termed the Suspect Gun Database maintained by the agency.

All told, between 1992 and 2012, the agency added data on 173,784 guns to the database. Once added, even if an investigation is concluded, the information cataloged on both the gun and the purchaser remains active.

The letter maintains that, when asked how the database squares with the various prohibitions against maintaining a national gun registry, ATF Director B. Todd Jones told Congress that the GAO had previously defended the issue in a 1996 report. However, Issa and Grassley argue that the review done at that time covered other systems such as those of FFL Out of Business Records — and not the growing Suspect Gun Database.

“Therefore, we request that you update your 1996 report by re-examining all current systems and subsystems maintained by ATF which contain retail firearms purchaser data,” the letter states. The congressmen go on to ask that the GAO determine if the agency tasked with regulating guns in the country is complying with the legal standards that govern firearms owners’ information. 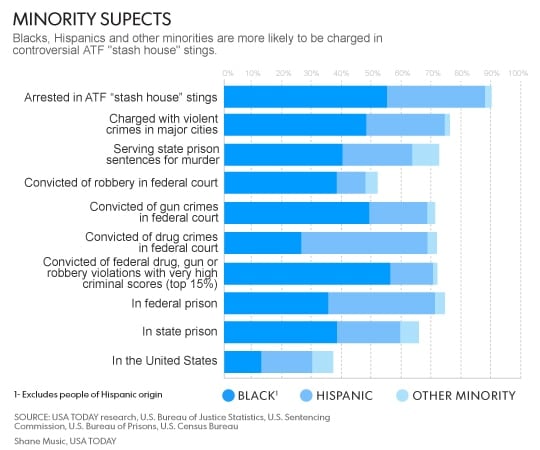 In addition to the recent call from Congress for the GAO to investigate ATF, the embattled agency is the subject of an investigative report from USA Today posted late Sunday.

The report, drawn from court files and prison records from across the United States, contends that the bureau has “overwhelmingly targeted racial and ethnic minorities in recent sting operations.”

The report details that at least 91 percent of the 635 persons charged following the conclusion of these controversial operations over the past decade were from minority groups. By comparison, minorities make up some 71 percent of people convicted of federal drug charges and 72 percent of those serving murder sentences.

The investigation offers up several cases drawn into federal court in which judges threw out ATF investigations due to lack of evidence and misgivings about recruitment methods that included profiling minority suspects, as a possible reason for the skewed numbers.

“There’s something very wrong going on here,” University of Chicago law professor Alison Siegler told USA Today. “The government is creating these crimes and then choosing who it’s going to target.”

In its defense, the ATF maintains they are conducting their operations above board and the data is merely coincidence.

“There is no profiling going on here,” said Melvin King, ATF’s deputy assistant director for field operations. “We’re targeting the worst of the worst, and we’re looking for violent criminals that are using firearms in furtherance of other illegal activities.”

These latest revelations come as news that Rep. James Sensenbrenner (R-Wis.) is in the drafting process of creating legislation that would move the functions of the ATF into other law enforcement entities, effectively disbanding the agency.

A Sensenbrenner aide told Guns.com there is no timetable for release of the legislation.