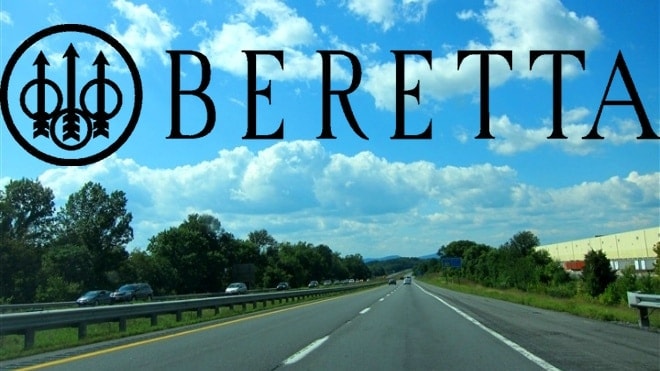 Beretta has just announced their official decision to move to Tennessee. They are going to install a new production facility in Gallatin, Tenn. This is an expansion on their previous multi-year plan which set that their Tennessee facilities would be used to manufacture new machinery and new products only.

The Tennessee plant is scheduled to open in mid-2015 which will mark the beginning of Beretta’s transition out of Maryland. The move is politically-motivated. Beretta has no confidence that the state’s legislators have their interests in mind.

“During the legislative session in Maryland that resulted in passage of the Firearm Safety Act of 2013, the version of the statute that passed the Maryland Senate would have prohibited Beretta U.S.A. from being able to manufacture, store or even import into the State products that we sell to customers throughout the United States and around the world,” stated Jeff Cooper Beretta USA’s general manager in a press release.

“While we were able in the Maryland House of Delegates to reverse some of those obstructive provisions, the possibility that such restrictions might be reinstated in the future leaves us very worried about the wisdom of maintaining a firearm manufacturing factory in the State.”

It will be a gradual transition out of Maryland. Beretta does not want to let their customers down during the move by endangering their production capabilities.

“While we had originally planned to use the Tennessee facility for new equipment and for production of new product lines only, we have decided that it is more prudent from the point of view of our future welfare to move the Maryland production lines in their entirety to the new Tennessee facility,” said Cooper. 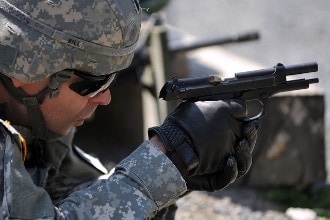 Beretta will continue to produce M9 pistols for the military until the contract is complete. (Photo credit: U.S. Army VIS Gertrud Zach/Flickr)

Beretta’s production of the military’s M9 pistols will continue at the Accokeek, Maryland facility until all current orders from the U.S. Armed Forces have been filled.

“We have not yet begun groundbreaking on the Tennessee facility and we do not anticipate that that building will be completed until the middle part of 2015,” said Cooper. “That timing, combined with our need to plan an orderly transition of production from one facility to the other so that our delivery obligations to customers are not disrupted, means that no Beretta USA Maryland employee will be impacted by this news for many months.”

The company is taking extra steps to make sure they don’t let down their employees, either.

“More importantly, we will use this time to meet with every Beretta USA employee whose Maryland job might be affected by the move to discuss with them their interest in taking a position at our new facility in Tennessee or, if they are not willing to do so, to lay out a long-term strategy for remaining with the Company while our production in Maryland continues.”

Beretta expects the move to the Gallatin, Tenn. facility to run an estimated $45 million over the next five year, in terms of building and equipment as well as salaries for around 300 existing and new employees.

The company also leaving their headquarters at their Accokeek, Maryland facility, for now. While many consumers will be happy to hear that the company is relocating to a gun-friendly state, time will tell what affect this has on the political landscape in Maryland.