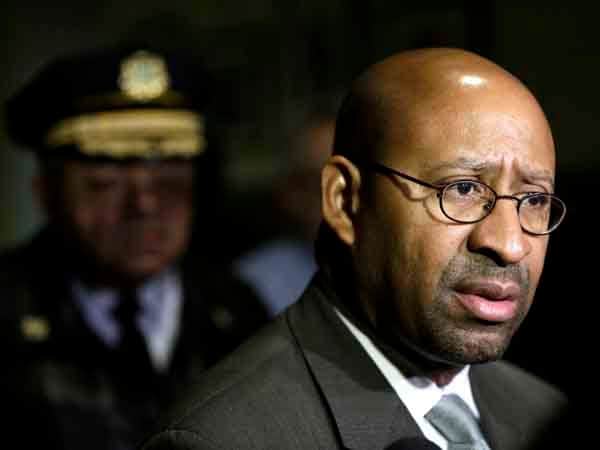 There is no official statement from Philadelphia Mayor Michael Nutter (D) on the news of the City’s agreement to settle a class action lawsuit from concealed carry applicants for $1.425 million Tuesday. (Photo credit: Matt Rourke/AP)

The City of Philadelphia Tuesday agreed to a $1.425 million settlement in a class action lawsuit involving the 2012 release of some 3,265 concealed carry applicants’ personal information.

The case, in which the city did not admit wrongdoing as part of the settlement, came after a number of applicants for locally issued License to Carry Firearms were rejected and had their personal information posted online for three days. The city claimed it was an effort at transparency in government.

Attorneys for the applicants contended that the city had put their clients at risk by listing not only the names and addresses of applicants, but also why they wanted a permit.

“As a result of the Settlement, the City will pay $1.425 million to the class and will be separately responsible for the costs of administering the settlement. Further, and of similar importance, the City has agreed to a number of policy changes,” read a statement released Tuesday by Joshua Prince, one of the plaintiffs’ attorneys in the case.

The settlement agreement outlines that after attorneys’ fees, each of the 2,188 applicants whose personal information was posted on the city’s website will get a payout of $450, while a second group of 1,077 applicants whose information was kept in a database open to city personnel will each receive $25. In addition to the disbursement, the city agrees to not disclose LTCF applicant information in the future, require personal references for applications, or require an applicant to disclose if they possess a firearm during the application process.

Further, the city will change its policy on how fast permit applications are processed from 45 business days to 45 calendar days, as well as other procedural adjustments to address training issues.

“Individuals generally don’t have the money to be able to fight City Hall,” Prince told CBS Philly. “So by wrapping all of these issues up into this one settlement, no one individual has to litigate City Hall into ensuring compliance. If they fail to comply, we can go in and file for contempt of court.”

Meanwhile, representatives for the City of Brotherly Love are taking the settlement in stride.

“A lot of those terms are things that we had no problem agreeing to, because they were things that we were already doing, or the law says we should be doing,” said Craig Straw, an attorney for the city. “That’s what the law is: we’re not going to take somebody’s gun unless we have probable cause that a crime is being committed. And the police department did not have any problem with making them terms of this.”

Philadelphia Court of Common Pleas Judge Jacqueline Allen has signed an order preliminarily approving the terms of settlement that was mediated by former U.S. Magistrate Judge Diane Welsh. Once the final settlement is approved, the city will start mailing checks out to the plaintiffs.

As part of the settlement, funds that have gone uncollected after 90 days will be dispersed equally between the School District of Philadelphia, and the National Rifle Association’s Civil Rights Defense Fund and Eddie Eagle Program.