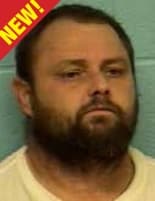 A Missouri man with prior felony convictions was sentenced July 16 for illegally possessing a firearm, a charge he gained last year following a seven-hour standoff with police, the U.S. Attorney’s office said.

A U.S. district judge sentenced 47-year-old Edward Garlock, an armed career criminal, to 16 years and eight months in a federal prison without parole. Garlock was arrested for the felony gun charge in June 2013 and pleaded guilty to it in April.

According to court documents, local police went to Garlock’s house in Independence around 7 p.m. on June 28, 2013, to arrest him for several outstanding warrants, but Garlock had other ideas.

Garlock’s girlfriend told police outside the house that he was armed and hiding under a pile of dirty clothes in the laundry room in the basement. And she also informed police that Garlock had grown paranoid about going back to prison and had suggested that if police showed up he’d “shoot it out” if he were cornered. So needless to say authorities were then hesitant to enter the house.

At first, officers attempted to order Garlock out, but that didn’t work. Believing he was a threat, Independence police deployed a Special Response Team, initiating a stand-off that lasted more than seven hours.

At about 2:18 in the morning, the team deployed multiple canisters of CS gas and diversionary devices, and forced their way inside the house. Garlock was taken into custody without further incident.

When police officers searched the house, they found a loaded Phoenix Arms .22-caliber pistol  in a closet adjacent to the laundry room.

According to court documents, Garlock told police officers that he bought the gun for $50 about a month earlier and he attempted to hide it before they entered his house. Garlock also admitted to being a habitual drug user with an addiction to methamphetamine.