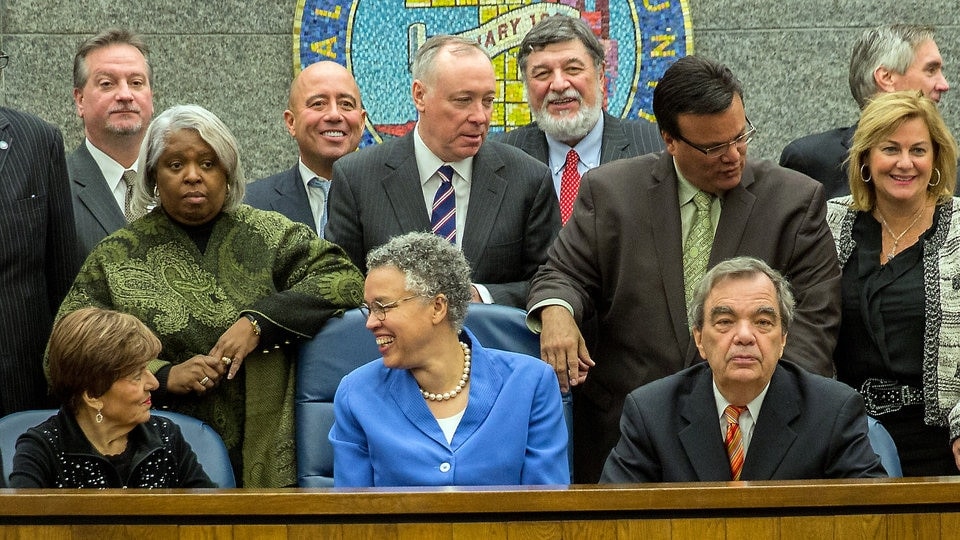 The Cook County Board of Commissioners approved a ballot measure Wednesday to ask voters for their feelings on universal background checks and an assault weapon ban.

The non-binding advisory referendum will be on the upcoming November general election ballot for Cook County, in which some 40 percent of Illinois residents live. On it, voters will be asked to answer the below question:

The Chicago Sun-Times reported that the measure to add the ballot question received support of all of the board’s Democrats while Cook County Republican party Commissioners refrained from voting. They requested simply to be marked “present.”

“Gun violence in our communities, particularly in the City of Chicago, is at a crisis point,” said Toni Preckwinkle, Cook County board president, in a statement released Wednesday. “Requiring universal background checks and banning semi-automatic assault weapons and high-capacity magazines are simple common-sense measures which should be enacted at the State level. This referendum will give the residents of Cook County the opportunity to make their voices heard.”

The commissioners’ vote follows the latest spate of gun violence in Chicago, the county’s seat, that left some 50 people injured. Last summer the FBI declared Chicago as the new murder capital of the U.S., taking that dubious distinction away from much-larger New York City.

Illinois Gov. Pat Quinn, a democrat, simultaneously released a companion statement voicing his approval of Cook County’s decision to include the referendum on the upcoming ballot. In it, Quinn decried the use of “military-style assault weapons,” maintaining that by banning such firearms, voters could help reduce the risk for mass shootings.

Quinn has been a recent cheerleader for Senate Bill 3659, the legislation mentioned in the referendum. The measure contains language that would implement expanded background checks as well as regulate state-defined assault weapons and large capacity magazines. In addition the legslation would restrict .50 caliber rifles and the ammunition used in them.

The referendum will be on the Nov. 4 general election ballot, but is simply advisory in nature and will have no legal standing.