A 40-year-old Minnesota man is currently behind bars after admitting that he shot a neighbor, a 17-year-old girl, several times. Though shot three times the victim pulled herself home and called 911.

Chad Eric Pickering shot the teen in the chest, right thigh and left ankle. She has since been taken to a hospital in Duluth and is in stable condition.

The suspect was quickly identified by neighbors who watched him running across their yard after the shooting. 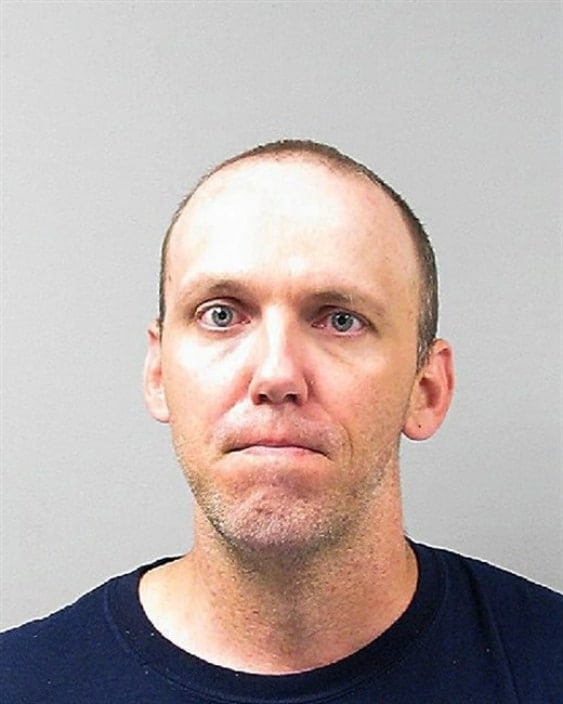 “The victim herself was able to describe what had happened and talk to us and tell us that she’d simply been shot when she stepped out of her house to check on her dogs,” said Sheriff Phil Hodapp to WCCO of Minneapolis. “She had notified the neighbor that she didn’t want him driving his lawnmower on the yard,” Hodapp said, explaining the events that led to the shooting.

Pickering had been riding his lawnmower through the teen’s yard earlier that day with his daughters, he told investigators. Afterwords she went to his house to ask him to stop trespassing.

It was then that he decided to go to her house, sit under a pine tree and wait for her to walk out the front door to shoot her. Pickering is being charged with premeditated attempted first-degree murder and is being held at the Beltrami County Jail.

Initially Pickering denied shooting the girl until investigators discovered a .45-caliber pistol hidden in an air vent in his house. The police found .45-caliber shell casings in the teen’s yard.

Prior to the shooting Pickering was a part-time non-secure worker at the Northwestern Minnesota Juvenile Center from May 20 to June 9. More information about the events and charges can be found at the Times Colonist.