With Chuck Norris named as the honorary chairman of the drive, the National Rifle Association has unveiled its “Trigger the Vote” voter registration campaign for the upcoming 2014 midterm elections.

The Trigger the Vote program, long-familiar to the gun rights group, has been expanded since its inception five years ago and aims to help connect gun owners and Second Amendment supporters with tools to facilitate the voter registration process. The program is run through the NRA’s Freedom Action Foundation.

“The Freedom Action Foundation is one of the most critical parts of the NRA,” explained NRA-FAF President Chris W. Cox in a statement released Wednesday. “Through its valuable work, the NRA is able to reach millions of freedom-loving Americans and ensure that they are prepared to exercise their right to vote.”

New to the program this year are a number of non-partisan interactive tools on the Trigger the Vote website that civic-minded gun owners can use to find out if they are registered to vote, how to do so if they in fact are not, and where to find their polling place. The group also advised they have had field teams visiting events nationwide since May to help register new voters. 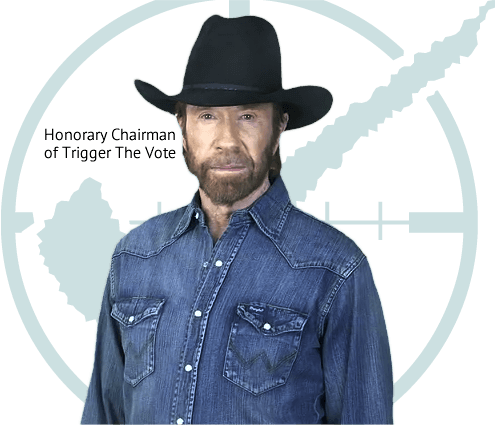 “And this year in particular, we will need each and every individual gun owner’s vote, in every precinct and every district across the country,” reads the message on the Trigger the Vote main page.

According to the Washington Post’s Election Lab, at stake this November is a potential for the Republicans to take control of the Senate, which could lead to the first time GOP politicians have controlled both chambers of Congress since 2007.

This newly re-imaged campaign by the NRA can be seen as an answer to former New York Mayor Michael Bloomberg’s Gun Sense Voter drive . That effort, a conjoined project of Everytown for Gun Safety Action Fund and Moms Demand Action for Gun Sense in America, was first announced back in April. Since then, funded in part by a $50 million pledge from Bloomberg, the group has promised to ‘score’ politicians on gun safety and sales.

“We will only vote for candidates who enthusiastically and unapologetically support common-sense public safety measures to keep our communities safer from gun violence,” states the Gun Sense Voter website. “We will use our votes to elect leaders who answer to us, not the Washington gun lobby.”